There are a variety of metal detectors. Some are ideal for business use; they have more characteristics and can pick up more signals. Others are less expensive but are exclusively used by beginners and children. You must also evaluate the finest locations to use a metal detector.

Metal detecting can be done in literally thousands of locations. If someone ever has been there, there is still a good chance they have dropped or hidden riches. Even if no one has been to that location, you can still use your detector to discover naturally existing gems. 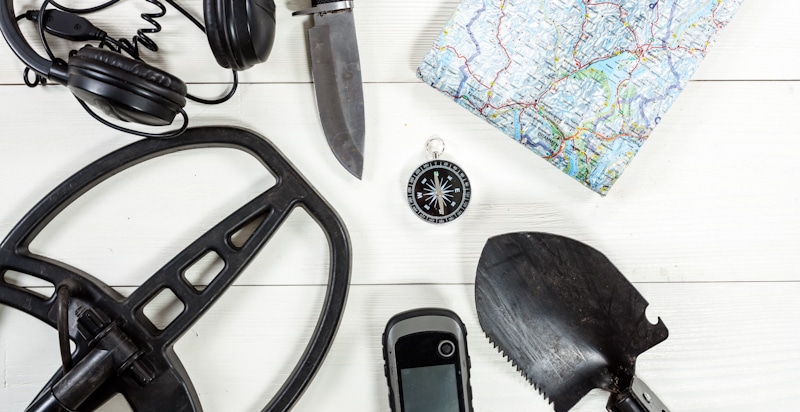 Where To Use Metal Detectors

You do not have to be a miner to be able to discover natural gems and treasures like silver, gold, and copper. With a correct and excellent metal detector, you have the opportunity to find several treasures. However, one major question is the best locations to metal detect; below are some of the best places to use a metal detector.

Metal detecting sporting grounds such as football fields, baseball fields, and soccer fields can uncover a variety of hidden riches. The observers, not necessarily the players, lose most of the treasure. As a result, please pay close attention to where the families and spectators are seating themselves. Spectators provide a lot of foot traffic to sports fields.

Most of these venues have concession stands or food trucks on game days. Any potential of money being exchanged implies the possibility of coins being discovered buried underground. Sporting events draw large crowds who sit, stand, and, hopefully, jump for joy. Coins and other items of value can fall out of pockets with ease.

You will find misplaced coins and maybe gold and silver jewelry anywhere people congregate or play. City parks are among the top places people congregate; based on the park, folks may have been picnicking, playing games, and socializing there for over a century.

Almost every public park will yield a reasonable quantity of current money to a metal detectorist. However, older and more fascinating finds are unlikely to surface if the park was only established in the 1970s. Playgrounds, the sides of walkways, beneath shades, and around basketball courts are all places where players frequently abandon their bags, jackets, and other belongings.

Schools, like parks, are frequently used for years, and the areas around them may be scattered with all kinds of treasures. Schools are an excellent area for metal detection since jewelry, coins, and other metals might have been lost. Old school grounds are fantastic sites to make newer and older findings.

Old school grounds are fantastic sites to make newer and older findings. A school’s wood chip playground is also a wonderful spot to look for misplaced jewels. In well-kept sports grounds, avoid digging and metal detecting. It is best if the grass is weedy; find a green location close to the school with some old trees.

Most fairgrounds are open to the public, but avoid going during a fair. Many people have visited fairgrounds in the past, particularly those dating back to the 1800s. There are several old or new coins and jewelry to be found.

The main issue with metal detecting on fairgrounds is the trash, which is plentiful.

Another suggestion is to search your region for a former fairground. This could be a deserted field, a park, or a woodland that used to be a fairground; there is a guarantee you will find something, and you do not need permission to access these grounds.

Places To Metal Detect Without Permission

Not all areas are open to metal detecting; in some locations, you might require permission from the landowner or the government. Asking for permission might be a hassle. Below are some places to detect without permission.

Most neighborhood parks do not require authorization to metal detect them. Digging trenches on protected territory owned and administered by the state and federal governments is normally prohibited.

Although most of the best metal detecting discoveries have come from private property rights at ancient residences, there is a high chance you will find rare silver, copper, and other antique tokens in local public parks. Old parks in rural areas are more likely to have costly jewelry and older metal items.

Beaches, both saltwater and freshwater, are always good hunting grounds. It may appear that making amazing finds necessitates getting in the water, but this is not the case. As it is known, the towel line is among the most fruitful regions for metal detecting. This is where beachgoers set up their towels and spend most of their beach time.

Before entering the pool, they frequently remove their rings and other jewelry they possess and place them on their towels. They take up their towel and dry themselves off when they return, and the jewelry scatters. The seashore is great because it does not get old as a hunting location; the tide constantly brings new and ancient things.

The grass between the sidewalk and the street is known as the curb stripes; the city owns it, and you do not need permission to metal detect in the area. However, it is best to contact your local police department to confirm if it is legal in your city. Metal detecting curb strips can yield some interesting finds, but be careful that you occasionally encounter furious residents.

Several people believe metal detecting is best done on beaches or near a beach. Although a beach is an ideal area for metal detection, there are still several amazing places you can detect metal if you do not live near a beach. Below are some of them.

Your backyard or front yard might not be a fascinating, adventurous, or exotic location, but it has much promise for metal detecting. If you live in buildings over a century old or just a few years old, there is still a good chance you or a family member dropped anything valuable. No one knows what used to happen to the individuals who lived there before you or what they might have strewn about.

Perhaps they misplaced jewelry when gardening, or change slipped from their jeans pockets as they hung their clothes on the ancient clothesline. Burying metal objects in your yard and finding them will help you learn the skills and tactics you will need in the metal detecting field.

Metal detectorists love these abandoned locations because there are fewer people around and plenty of valuables waiting to be discovered. These towns were formerly busy mining, transportation, trading, and settlement locations, but they are quiet, creepy, and empty today. There are still hordes of wealth, buried caches, antique coins, and other antiquities to be discovered.

Examine the foundations of marketplaces, churches, and salons for staples such as ancient trees. As historical sites, some locations may have restrictions, so do your study on the permissions required and the town’s history.