The thought, "can a drone hurt me or my kids after coming in contact" may have been making rounds around your head. It is an important question that needs to be answered especially if you want to buy one for your kids. What follows is a detailed account of the probability of drones causing damage to you or your kids.

Clocking a 50 to 70 mph speed, the propellers in a drone can cause some serious damage after they come in direct contact with the skin. The eyes and neck are more vulnerable while the bigger drones have the ability to make deeper cuts; in extreme cases, they can even cause death. 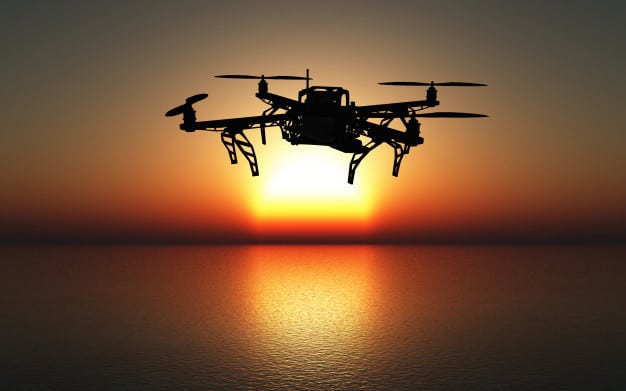 Not all drone propellers are made from the same material. Propellers that are not reinforced with carbon or glass fibers are susceptible to break, while the ones that are reinforced with these elements are harder and land a deadly blow. It is entirely possible to fly a drone without running the risk of hurting yourself or anybody else.

What can happen when a drone’s propeller hits you?

It shouldn't come as a surprise to know that a drone's fast spinning propeller can cause damage. But the extent of damage depends on how and under what circumstances the propellers have come into contact.

Study Conducted by ASSURE and University of Alabama

To identify the extent of damage a propeller can deliver, the Alliance for System Safety of UAS through Research Excellence (ASSURE) conducted a detailed study that went on for 18-months.

The purpose was to study and look at the potential injuries caused by a collision between drones and drones. By studying the impact of injuries, the study was to be concluded for developing a safety methodology and presenting recommendations.

However, the above-stated study also found that the construction and the mass contribute in defining the potential of injury. As per the study, the most common type of injuries upon impact were lacerations, bruises, and cuts. In the 512 impact tests conducted and 16 different simulations, the chances of ocular injuries are rare.

But they did not rule out the possibility of having an incident where the propeller blade can directly hit the eye and cause extensive damage, especially in the case of the person getting hit not wearing eye protection. 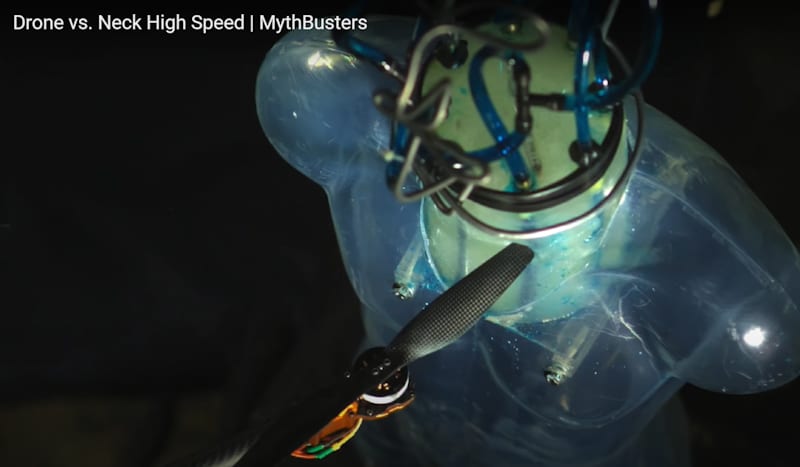 Right at the time when drones and their applications started to make headlines, the guys from "Mythbusters" came out with an episode, Drone Vs Neck High Speed. Those who have doubts about a drone propeller's capability to hurt if touched got a clear understanding of the severity of such an incident.

As we have said before, drones hitting the speed of 70 mph can complete up to 9000 rpm, observed in the Phantom series. While the DJI Mavic drones rotate at 6000 rpm. In any case, drone propellers can penetrate the skin on impact because of the sharp edges and angle, both of which are essential to gain lift.

It can be seen in the video that the drone propeller penetrates the necks and stops rotating while the blue fluid (depicts blood) starts flowing out. Because the drone is moving forward, it further punctures the neck skin.

People Actually Getting Hit With Drones

In a world where drones are becoming a part of every home, accidents are bound to happen. Don't believe us? Well, take a look at this forum thread filled with personal experiences. Almost every day, someone is hit with the drone blades. While some have narrowly escaped an accident, others suffered at the hands of those blades. 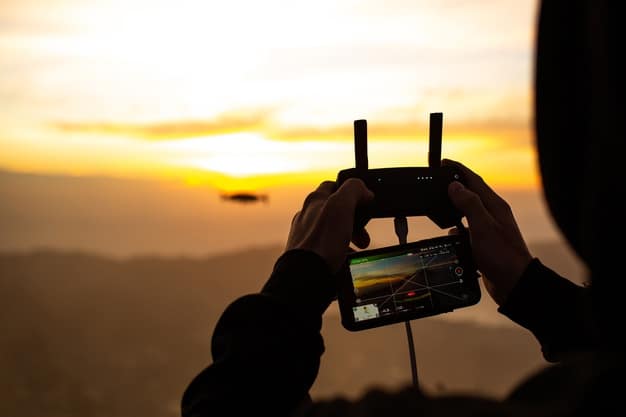 A toddler in the UK was hit by a drone blade, and it had to be removed. In another case from the UK, a 43-year old guy, James Andrews, was struck by the drone his friend was flying for the first (even after receiving formal training), however, these are some of the most extreme cases.

The accident nearly hit his eyes, which would have made him blind. But James went to the ER from there with several injuries.

There are numerous similar reports coming from all over the globe where one person or the other is hit by a drone. Because the blades are located on the outskirts, they are the first to hit the body and cause maximum damage.

The Instances a Drone’s Propeller Can Hit You

Unless someone goes on a killing spree by choosing drones as their weapon of choice, there are two instances that can lead to an accident, including unmanned aerial vehicles.

A majority of accidents in equipment like drones are caused by electrical issues. Issues like a dead battery, short circuit, or an electrical component inside the drone's system going berserk can cause the drone to crash land.

Anyone inside the drone air space is at risk of getting hit by the drone's propeller. Often called a drone freefall, the intensity of a drone crash depends on its weight. A drone can hit the head, causing bruises, concussions, and other injuries. 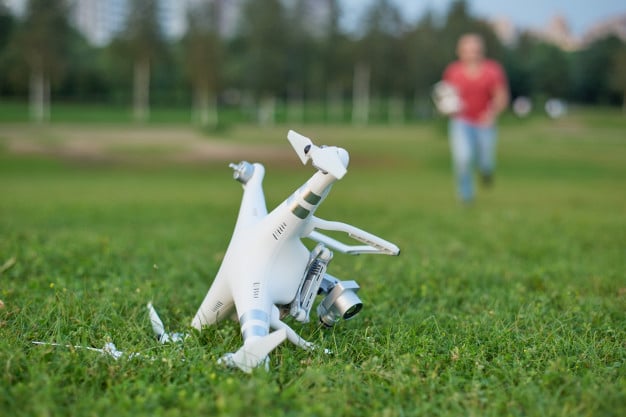 A person's inability to maneuver and fly the drone is the second and most probably the major reason for accidents. Things like faulty steering, not able to judge the drone's position, losing sight of the drone all the same can lead to crashes. Human error-led drone incidents are more deadly as this sort of drone freefall will hit the person with full force. Because the drone pilot may not have the exact idea about the drone's position and altitude, they may still try to get it under control without realizing that it can hit somebody on the ground.

We have found a lot of videos on the web where guys are exposing almost everything to the drone propellers, from sausage to cucumbers, bananas, and pork. All these ingredients are used because they resemble the human flesh in terms of thickness, without the bone, of course.

In all of those videos that we have observed for this article, the substances used in the tests were cut into small pieces. It goes to show the power of the propeller blades to cause damage.

However, there are ways to ensure that drones do not cause injury to you and anybody else in the vicinity. A lot depends on the drone pilot's ability to control the machine and be aware of the rules as well as the surroundings.

Things to Look Out For While Flying Drones 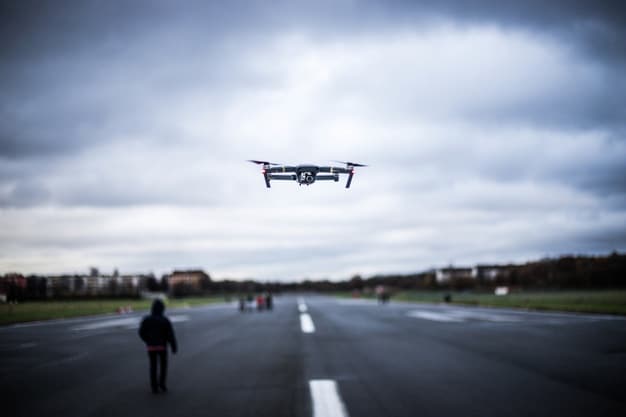 The first thing to know about drone flying is the rules set forth by the FAA or the Federal Aviation Administration. The FAA recommends;

While these regulations are set forth by the authorities, we have seen drones flying over stadiums and other public spaces. The drone pilots who are licensed and have experienced in the activity indulge in flying them at such places.

This does not mean that there won't be any accidents. Remember when Enrique Iglesias cut a couple of fingers while he was performing at a live event.

Although the singer, at the time of the incident, held the drone in his hands, it should not have happened. Incidents like this warrant even more strict rules to be implemented for flying drones in public areas. Because the more the number of people are concentrated in a limited amount of space, the higher will the damage potential.

The FAA has set forth all kinds of rules and regulations for recreational drone flying activities too. Still, following all these rules does not make us completely safe from an accident with drones. Because at the end, it is the drone driver who has to take care of everything from the battery to flying so that nobody is in the drone propeller's crosshairs.

Some other things to consider while flying a drone and prevent any sort of accident are as follows.

Here the Things You Can Follow For Your Safety

In case you want to assure your safety while flying a drone or want your kids to be safe when they are giving it a try, self-protection is also equally important as protecting others. From all the drone crash cases we have heard, seen, or talked about with friends casually, a few noteworthy things have come to light. 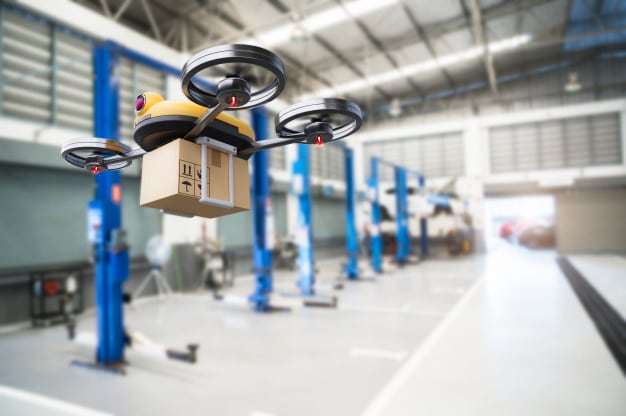 He was holding the drone in his hand from the bottom part of the frame, and while changing hands, his fingers touched the propeller blades and started to bleed profusely. Instead of trying this out, land the drone on the ground, turn it off, and attach the gimbal clamp and then take it home.

Now One Of The Most-Asked Questions, Can A Drone Kill Me?

A drone coming from Ingen or Skynet may be configured to kill others with guns blazing, but if we are talking about a recreational and a kids drone, the answer is no. to prove this, the FAA conducted a study to identify the impact of a drone directly falling on a person's head from the sky.

The initial perspective is that a heavy object falling from the sky will have enough force (kinetic energy) to land a killing blow. But the results did not find a possible fatality with a falling drone on the head. Two reasons were given by the FAA as an explanation;

We cannot rule out the possibility of the drone's propeller hitting the jugular vein. Because of the drone blade hits here, chances of dying from bleeding out are always lurking around.

But the blades penetrating the skin can make a difference. Small propeller blades bend after the impact, and they may even break. But longer propeller blades that are connected to heavy-duty drones do not bend. These may cut through the skin, releasing blood.

What is Being Done to Build Safe-to-Fly Drones?

The beauty of living in the 21st Century is that a solution is either made or underway for every problem. The same applies to drones. The risks of flying drones and getting into accidents is pretty evident and cannot be ignored. So, to combat this, scientists and researchers made drones that turn from rigid to flexible upon impact.

They have taken inspiration from a bird's natural body development structure, which shrugs off and goes on about their routine of flying around even after falling. EPFL, an engineering institute in Switzerland, has a team of roboticists who have prepared a drone-based on the bird's qualities.

EPFL made a drone that is rigid until it is flying but becomes flexible after impact. This ability is given to the drone by Flyability. This company specializes in preparing drones that can endure falls and collisions without breaking into pieces or causing damage to people.

The issue with these types of drones is they take up to 60% more space than a normal drone made without the protective shield and material of other Flyability drones.

We have thoroughly examined the fact that drones can not only hurt you when touched but under some specific conditions, they can become a cause of death. Always pay attention to your surroundings, equipment, and fly only when you are confident enough to handle unprecedented changes in the flying conditions. Good luck!