Drones are becoming increasingly common of late. They are not just fun to use, but the UAVs (uncrewed aerial vehicles) also come in handy with professional projects. If you are in New York and are looking to capture the landscape of the city from above, Central Park is a spot you may be excited about capturing aerial visuals of.

Unfortunately, you cannot fly a drone in or near Central Park. The urban park is located right in the heart of Manhattan and flying a drone anywhere near or in NYC is banned. You may still want to check with the park's authorities, in case the rules changed, or some special provisions are in place.

Central Park serves as the ideal escape for the locals and the city's tourists from all the hustle and bustle of the city. Not to mention, in a place where people have come to seek peace and calm, a drone is the last thing they would like to encounter. To learn more about Central Park, the use of drones near or in the park, flying a drone over New York's state parks, etc., keep reading.

Central Park is an 843-acre space. It's an urban park where people come to relax, play, and take a breather from the pressure and monotony of routine life. More than 40 million people frequent the place each year, besides birds, dogs, coyotes, etc. The place is a favorite of both locals and tourists alike.

The park is pretty much open throughout the year, opening at 6 in the morning and shutting its gates at 1:00 am. The place is open during summer, spring, fall, and most days during winter and monsoon. For scheduled maintenance and to allow rest after monsoons, the park is closed temporarily to the public during winter and the rainy months.

The Central Park Conservancy takes charge of the maintenance and employs a red flag system to indicate the park's closure. If you spot a red flag somewhere in the park or on its lawn, it means the park is shut down. Every winter, the park closes its gates so that the turf crew can care for the terrain and make sure the landscape is ready for visitors flocking in during spring.

Why is a Drone Not Allowed in or Near Central Park?

New York City is the most densely populated city in the United States, and Central Park is arguably at the core of all the action. When a drone alights from or lands upon Central Park, the mini aircraft is highly likely to become a major source of annoyance and disrupt all activities in the region.

According to the NYC administration, flying drones in the city is illegal. While "illegal" could imply different things, it's safe to assume fines and/or imprisonment are in the offing for drone rule violations in or near the park. People have crashed their drones into city buildings in the past and been fined thousands of dollars for reckless endangerment.

How Could Drones Bother People in Central Park?

In case you didn't know, drones and crowded places/people do not mix well. A drone, as a result, is legally not allowed to soar over unsuspecting people, in Central Park or any other place. Flying a drone over individuals that are part of the drone crew is, however, acceptable.

An urban park like Central Park is likely to have several times more people than the crowd that's usually spotted in state or national parks. As a result, issues of nuisance created by drones only go up several times.

There are quite a few major issues linked with flying a drone near or above people. Multiple incidents of people getting injured due to irresponsible drone usage have been documented in the past (not necessarily in Central Park, but other places where drones were operated over people).

Besides causing physical harm, drones can also be a constant visual and sonic bother. Being constantly aware that a drone is in the vicinity or hovering around could hinder people from entering a state of relaxation or mindfulness when in the park. The constant noise the drone makes can prevent people from communing with nature too.

Not to mention, the animals visiting the park could be at unease too or may react strangely upon seeing the drone, causing further annoyance, or even posing a threat to their owners or other people in the park.

National, state, or city parks are no strangers to drones. Multiple unfortunate incidents involving drone use near these parks have rendered flying drones difficult in or near such parks. The following are some of the occurrences from the past:

The above are only some of the many incidents that have forced authorities to draft laws against illegal drone use and take strict action against the offenders. 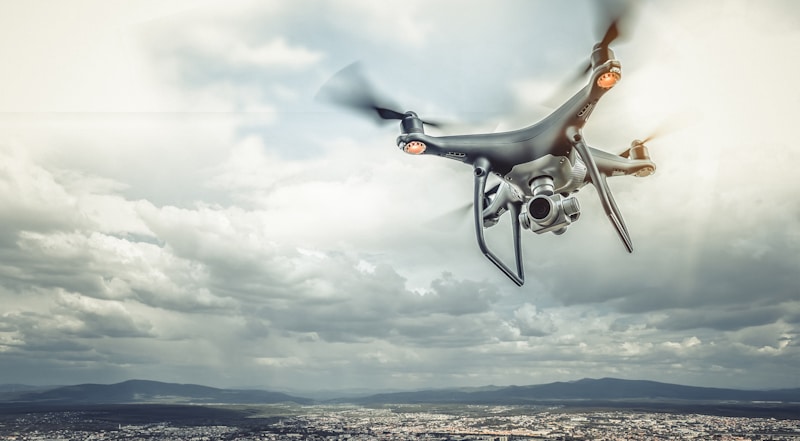 Unlike flying a drone in Central Park, the rules concerning flying UAVs in NY state parks is not clear.

Generally, state parks allow drones, except when there are active orders prohibiting the use of the quadcopter. The prohibitions could be for different reasons, such as protecting threatened species, safeguarding natural and cultural resources, mitigating fire risks, recreational conflicts, public safety, park unit classification, keeping up visitor experience privacy, etc.

Even if there are no clear orders in place, get in touch with the park's authorities to confirm the same or learn about it more. If you fly a drone in or near a New York state park or a park in any other state in the country, authorities could stop the flight and take the drone out or seize it from you.

If you are keen on flying a drone above any of New York's state parks, it's advised you get in touch with the concerned park's authorities to learn more. The following are some of the NY state parks that could be ideal spots to fly drones:

If you are not interested in state parks or are not too keen on traveling away from NYC to capture drone shots, the following public parks may be ideal:

These parks have designated model aircraft areas or fields. The Brooklyn parks require a premium membership to fly drones, however. Contact the parks' authorities before launching your drone from within the spaces assigned for drones.

It should now be clear that flying a drone in New York is pretty much out of the question. With state parks, you stand a chance, though.

Whether you get permission to fly in or above public or state park, the following are some rules to strictly abide by:

Commercial drone usage is anything that's carried out for personal projects or on behalf of clients. It includes filming for clients or selling aerial videography or photography, surveying, carrying out inspections, etc. Using the drone for research or educational purposes also requires FAA approval.

As alluded to above, drone bans have not been around since the advent of the mini aircraft. The bans have been more reactive than precautionary. In other words, the laws were instituted only after incidents of drones hampering the public were documented.

Between the park restrictions, population, city airports, etc., it's virtually impossible to fly a drone over New York and not get held. Even if you manage to fly the drone in Central Park without getting caught by the authorities (which is highly unlikely), locals or visitors to the park could call 911 and bring you to book.