Are you getting excited about your newly purchased drone or ready to take scenic shots from a bird's eye view? Of course, you will be enthusiastic to try it out in the open such as on the beach, explore the drone's features, and have fun with it. However, it is important to know if it is legal to fly a drone on a certain Florida beach and how much activity you can do with it.

To set things straight, flying a drone on the beach in Florida is legal. You can fly a drone, and there will be no existing sanctions regarding it but there are rules and regulations that exist ranging from the federal level until the local level.

You are required to adhere to these regulations before flying your beloved drone on the beach or any area. 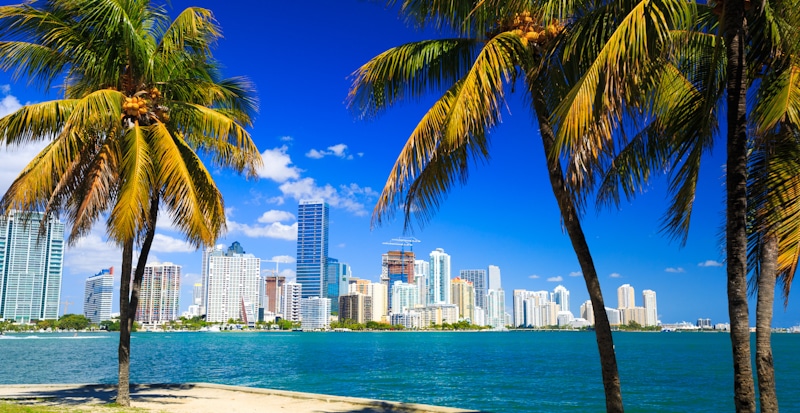 Although the drone is an unmanned aerial system or UAS, it is considered a mode of transportation meant to carry objects. With that, the FAA, or Federal Aviation Administration, holds the greatest jurisdiction for flying drones.

In case you don't know about the FAA, it is a US government agency that oversees all modern transportation within the country's territories, including international waters and airspace. According to the FAA, there are requirements to fly a drone, whether for recreation or work-related, in all of the US states. Here are the specific requirements for flying a drone:

Whether it is work-related or for business matters, you need to follow the given requirements of the FAA's Part 107 Small UAS Rule (Part 107). This includes taking the FAA's Aeronautical Knowledge Test to get a "Remote Pilot Certificate."

If you are flying for fun or pleasure, you need to follow the FAA's recreational model aircraft rules. According to those rules, if a drone weighs beyond 0.55 pounds or 250 grams, you will need to pay a fee of $5 to get it registered.

You also need to adhere to the additional rules regarding altitude and airspace, keeping the drone in line-of-sight while flying, and more.

As a government employee, specifically in the law enforcement line, such as the fire department or police department, you can either fly under the FAA's Part 107 rule or acquire a Federal Certificate of Authorization.

For other important things to put in mind when flying a drone within the US territories, here are the following:

Do not fly a drone for the following purposes:

Suppose you need more clarification regarding the federal laws. In that case, you can download the app of the FAA or visit their official website.

The federal laws apply in all states of the United States. However, the state of Florida can generate its laws, and flying drones are not excluded. Based on what's published by the Florida Legislature and the Florida Department of Transportation office, the state has laws and state codes applicable within the entirety of its area. 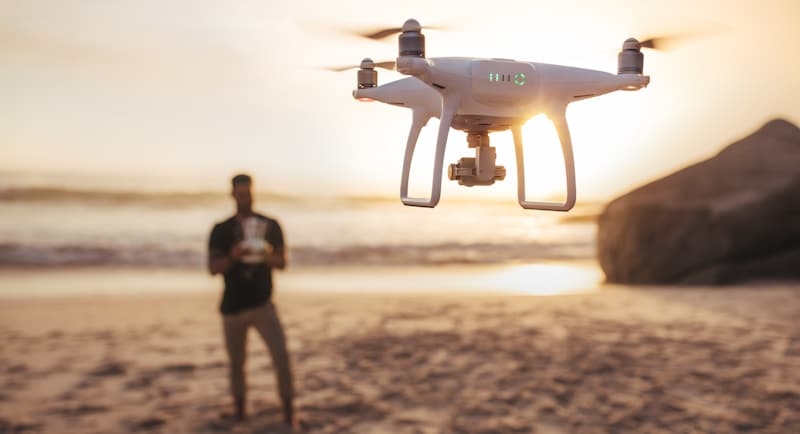 This law vacates the local regulation of drones and all unmanned aerial systems, or UAS, to have the Florida Legislature making laws about the usage of the said aerial systems in the state.

It also allows local government units to create their own drone ordinances so as to deal with illegal acts such as nuisances, harassment, voyeurism, property damage, reckless endangerment, and more.

Furthermore, it prevents drone operation in an area where there is a nearby critical or sensitive infrastructure and also prohibits having the UAS be weaponized.

This law forbids drone usage to capture an image of a privately owned property and its occupants, whether they may be the owners or the tenants, without any consent at a period of their private moments.

This law states the definition of a drone and its limitations of its usage by law enforcement. As stated in this law, the law enforcers can use a drone in situations where they have a warrant prepared, for example, during a terrorist attack or when immediate action is needed to prevent a loss of life or locate a missing person. Under this law, anyone harmed due to the inappropriate utilization of a drone can pursue legal procedures.

This state code forbids any drones on managed lands, including Florida state forests and parks, except on areas that can function as runways or heli-spots. Additionally, authorization is required from the Department of Agriculture and Consumer Services. It must be based on the safety of maneuvering wherein no harm can be done to any person or property.

The extent of the damage defined includes the destruction of trees and interference of the operations of the establishment's management. However, if a situation arises that involves activity from the department services, authorization is not required.

This state code forbids any drones from using District lands for take-off and landing unless a "Special Use Authorization authorizes one".

From federal laws to state laws, all potential drone users are expected to follow. Since not all landscapes are equal in the state of Florida, local government units have the authority, as mentioned in the state law "HB 1027 of 2017", to make their own ordinances regarding the usage of drones.

Do note that the ordinance created by one city does not affect the other. If a city in Florida forbids the use of drones entirely, the jurisdiction doesn't carry unto another city or town. However, if a town or city in Florida doesn't have any local drone laws, therefore the drone user can only adhere to state and federal laws.

You have to keep in mind that the respective local laws are additional requirements to follow with federal and state drone laws. Here are the towns and cities of Florida and their own local drone ordinances:

The town ordinance defines the limitations of operating a drone at Community Park. One can only fly a drone in that area if the said park is not occupied. Also, the ordinance ensures that flying the drone within 25 feet and below towards buildings, power lines, light fixtures, and people is illegal.

The city ordinance also forbids equipping drones with detachable cargo or any mounted or packaged weapon. It also establishes that a city permit will be a requirement to conduct the particular drone-related activities.

The town ordinance forbids flying drones over private or public property without the owner's consent. It also requires the registration of commercial drone pilots with the police department prior to making actions related to any commercial work that uses drones within the city.

To fly a drone in the said areas, a permit shall be required wherein the cost is $20 per flight or $150 for the whole year. If violators are caught, they have to pay fines individually ranging from $200 to $400.

Pinellas County — Code of Ordinances of 2018

The county ordinance forbids drone users from using any managed or county-owned land for their drones' take-off and landing. However, there is an exception if the purpose is for public safety with written permission obtained from a designated administrator.

Lake County — Code of Ordinances of 2001

The county ordinance forbids drone users from using any county-owned land for take-off and landing of their drones. The land has to be listed either as a non-recreational area or a restricted area. To fly legally, the designee or director must grant permission prior to the operation.

The campus policy aims to restrict drones' operation within the University-owned property unless prior authorization has been granted. The operation of drones can only be allowed directly over the airspace of Plant Park.

The policy forbids any drone operation on a Canaveral Port Authority, or CPA, property if there is no prior authorization. One can request authorization from CPA Public Safety & Security 48 hours prior to the intended start of operation of any UAS or drone.

Any breach of the law, whatever level it is, can range from a misdemeanor to a criminal charge. The more damage is done, considering the level of intent, the more grave the charges will be and the heavier the punishment will be. Just like in any arrest, a violator is entitled to due process.

If a violator is found guilty, the punishment can be as simple as a small fine or as severe as life imprisonment, depending on the gravity of the crime committed. The offense committed against federal laws supersedes other convictions of lower levels.

After reading so far, you might be bummed out by the many restrictions of flying drones over Florida. Unfortunately, people use drones to fly over beaches for voyeurism or any annoying activity.

But for those who are serious in their drone hobby and even those who consider the device as an arsenal for their videography work, here are a few of the best places to fly a drone in Florida:

For Flying On A Serene Place:

For Participating In Drone Racing:

For Capturing A Crowded Setting:

At one glance, flying drones seem to be covered by many laws at every level of governance. But after you managed to read them at least once, you'll find that the laws stated are logical and only intended to make people safe while you are enjoying your drone activity.

The laws also aim to discourage any criminal behavior with a drone used as a tool to do evil and irresponsible things. You better read them thoroughly again if you don't want to get into any trouble. Nowadays, it is easy to secure evidence for a potential criminal act with single footage. If you have less care, hope you have a great lawyer at your disposal.