When it comes to powerful but affordable drones, DJI has long been the champion of the sky. The prominent and leading manufacturer of drones worldwide has something for every style of pilot, from recreational pocket-friendly drones to high-end professional drones. However, there has been some news flying around about the release of a DJI Pocket 3.

According to a leaked document from @DealsDrone, the DJI Pocket 3 will be released in 2022. It is rumored that the Pocket 3 will be released in November 2022. The expectation is that it will have a bigger lens than the Pocket 2, with a 1-inch sensor, a removable battery, built-in Wi-Fi, and a fast wireless connection. The DJI Pocket 3 retail price is expected between $300 to $500.

DJI is a well-known drone brand worldwide; the company is famous for revolutionizing the work of drones. One of the best news to receive as a drone enthusiast is rumors of a leaked drone. This increases your anticipation, especially if it is a product of a renowned company. There have been rumors that DJI will release three drones in 2022, one of which is the DJI Pocket 3.

DJI has reshaped photography and technology with their drones and handheld cameras. They have gained recognition for the quality of their product line, and the Pocket line of drones does not fall short of expectations. DJI fans are getting anxious wondering when the Pocket 3 will be released since soon it will have been 2 years since the release of the Pocket 2.

According to @DealsDrone, a popular DJI insider and pilot, who published on their account what seems to be a DJI product roadmap, the DJI Pocket 3 will be released in 2022. Although they did note their source is credible, they noted that a November release date is just a guess based on previous releases. In an interview at the beginning of this year, DJI's communications manager, Curran Daly, told @PiXL Drone that new drones and camera systems would be released in 2022. This statement seems to align with the leaked document.

It is highly unlikely that the Pocket 3 will get the Cine camera from the Mavic 3 since that would bump it to a different size category not to mention how it would affect the consumer price. Current users are also hoping for capabilities to share live feed videos, which seems like a more plausible upgrade.

A modular design allows you to remove and replace defective components, and batteries tend to deteriorate over their lifetime, so having an option to replace them would allow the Pocket 2 a longer device life which becomes an appeal to users.

All users would agree that the Mimo app needs to be revamped. The quality of the app is nowhere close to the quality of the Pocket 2, and the software being so mediocre just takes away from the user experience.

A microphone jack that allows connectivity to third party equipment would unlock new levels of personalization to its users. This would allow a more personal or tailored experience if you can also use your preferred audio recording equipment.

As an addon, a better quality internal speaker would also be a good addition, but this is more wish fulfillment as it may become too heavy and, as such, cause a decrease in battery life, which is not a worthwhile trade. 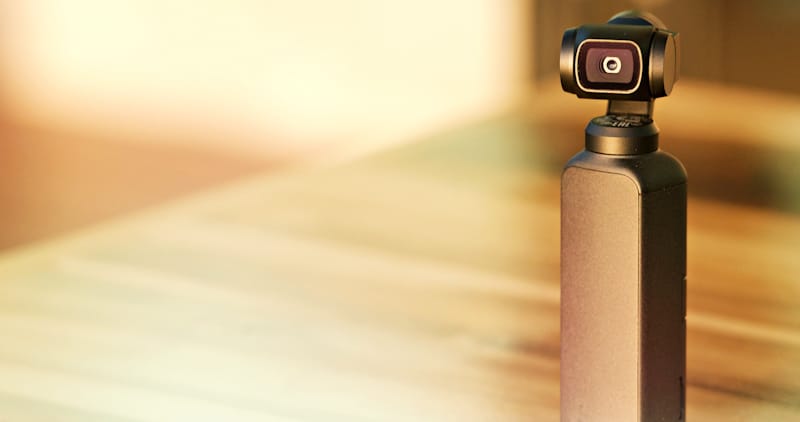 The DJI Pocket 3 is expected to also have the Object tracking feature present in the DJI Pocket 3. With this feature, you can place the drone on a tripod and walk around, and the drone head will be fixed on you and follow you. However, you must have launched the app that keeps you in the center frame.

One of the faults of the DJI Pocket 2 is that it does not handle noise well and does not capture clear images in high-contrast environments. When you are operating the drone in the dark, you will see some grain, and when there is a heavy highlight, it is almost impossible to focus. There will be an improvement to this flaw in the DJI Pocket 3.

Another expected feature is that pro controls will also be accessible so that you can work on the shutter speed, the focus mode, the EV, and the ISO. The feature that allows you to adjust the follow focus speed, as well as pause recordings, should also be available on the Pocket 3.

There should also be an improvement to the wide 93-degree field of view on the DJI Pocket 2. This is hands-down one of the best camera features available on the Pocket 2. This allows you to squeeze more objects into the frame, a feature that has been the delight of vloggers who want to capture more.

The same way The Pocket 2 captures skin tone with an impressive color balance, the DJI Pocket 3 should also do the same. The level of stabilization is expected to be unparalleled when handheld; the video capture should be clear and the color profile more flexible.

The Pocket 3 is also rumored to have an impressive sound quality; however, there is no guarantee that it will have the same on-body mic and wireless mic available in the DJI Pocket 2. It is also expected that the battery issue with the Pocket 2 will be resolved and improved in the Pocket 3.

The DJI Pocket 2's 875 mAh non-removable battery is tiny; however, it makes the drone overheat when shooting high-quality footage at 4K. So, the drone shuts down before the battery runs down. This feature makes the DJI Pocket 2 a bad choice for videography, although it is also not a great choice for photography either.

The DJI Pocket 3 is also expected to have an excellent gimbal system, similar to the DJI Pocket 2. The 3-axis drone should handle walks perfectly. The three main modes of the Pocket 2 are also expected on the Pocket 3, the tilt locked (allows disabling of the up and down rotation), the follow (the drone camera remains horizontal), and the FPV mode.