There are a lot of drones on the marketplace today because people are using them in a variety of endeavors such as fishing. One drone that was popular for quite a while was the Mavic Pro. This may lead you to wonder if you could have used it for fishing though.

Can You Drone Fish with the Mavic Pro?

As long as you take the time to install a payload device on your Mavic Pro, you can use it for fishing. This is a device that holds your bait and release when you need it.

There are a lot of payload release devices available to choose from depending on what type of drone you want to fly. Each of these has been created for the same purpose but there are still a lot of differences between them. These are important for you to pay attention to for the safety of both you and your drone. This is why you want to make sure you get a payload release device that specifically says it's to be used with the Mavic Pro.

Is the Mavic Pro Discontinued?

Many people once thought that the Mavic Pro was DJI's best drone ever. This is because it was a small, lightweight, reliable, yet foldable drone that was quite capable of handling its own while in the air. It's no wonder DJI was able to sell thousands of them for the two years it was available on the market. Unfortunately, in September 2016 it was retired or marked as "EOL" (end of life).

There are two distinctly different meanings for "EOL." They include:

What Drone Is Best for Fishing?

When you want to purchase a drone for drone fishing you should look for one that's easy to control and has a long battery lifetime and flight period. It's also ideal if this drone has a high-quality camera and continuous hovering functions. These features will enable your drone to safely and readily fly when a few weights are attached to them. What would make this setup perfect is if the drone was also waterproof. With this in mind, there are actually quite a few drones available for you to choose from today.

Unlike drones that have a symmetrical camera platform, the Gannet Pro Fishing Drone has a camera that hangs from the bottom of the drone since it was originally designed as a short-distance delivery drone. You'll know when you see one of these drones because of the very unique shape the camera gives it.

This drone is also able to fly at the same speed in any direction but will fly forward at a significantly faster rate since it's streamlined. All of this and yet the Gannet Pro Fishing Drone still uses a lot less power than many other drones whose camera platform is comparable.

The Phantom 4 Fishing Drone is manufactured by DJI – the pioneer when it comes to manufacturing consumer drones. Not only is this drone really popular today, but it's also one of DJI's most iconic creations.

What makes this drone so great for fishing is that it can fly long-range and it also has a top-of-the-line camera installed. This camera will let you take some great photos and videos underwater. Of course, this can also help you locate the best fishing spots.

Although the Mavic Pro has been discontinued the Mavic 2 (its successor) has improved on almost all of its features. Some of the great features you'll appreciate on this drone include:

This drone is well built, easy to set up, and easy to fly too. Many people also like how it looks and feels with such a sleek design. The beginner mode is a great way for first-time drone owners to learn how to fly safely.

This drone was designed to provide beginners and hobbyists with an affordable drone that's ready to be flown. Not only is it easy to fly thanks to its intelligent flight controls but this drone is built solidly. It does a good job at helping you see the land, study the fish underwater, drop the bait, and take photos and videos. Many people say that it's one of the best deals they've come across when looking for an affordable drone. This is because it offers top-of-the-line features and great functionality at a very affordable price.

How do You Rig a Drone for Fishing?

Now that you have your drone, you'll want to know how to set up the drone fishing rig. There are several things you'll need to have for this.

Since you won't be casting for long distances you won't need a long fishing line. However, the line will be somewhat longer than what you're accustomed to using while fishing. It's recommended that you use at least 700 meters of fishing line.

There are two types of rig setups that you should know about. Understanding what each of these is will help you decide which one is right for you.

This rig is easy to use. You just attach 1 meter of 100 lb mono to your braided line. Your drone will keep the bait on the surface so you won't need a float. You'll want to make sure that the line is lubed well to prevent friction. It's also important to pull it as tight as possible before tying your hook to the opposite end of the leader. Once you've done these things it's just a matter of flying your drone out over the water dragging your line and bait 10 yards underneath it. You can then drop your line and bait to catch your fish and reel it in.

This is a mid-depth rig that's flown out over the water then released from your drone. Once you've released the slackline you need to remember to wind it back up again. Many people who fish really like to use this when they see a school of fish. However, once your bait is grabbed you'll need to work diligently to control your drone since these fish put up a good fight.

This rig is a bit more complicated but with some practice, it does become easier. They're ideal for demersal reef fish and demersal fish that inhabit estuaries, inlets, and bays (e.g. snapper, mangrove jacks). You will need to attach the arms for the rig and a clip at the base from which you'll secure your sinker. It's up to you to determine the hooks' size and the strength of your leader/line based upon your experience with fishing in the area. Since tides and swell can vary you should carry a variety of sinker weights with you so you'll be able to keep your bait where you need it. 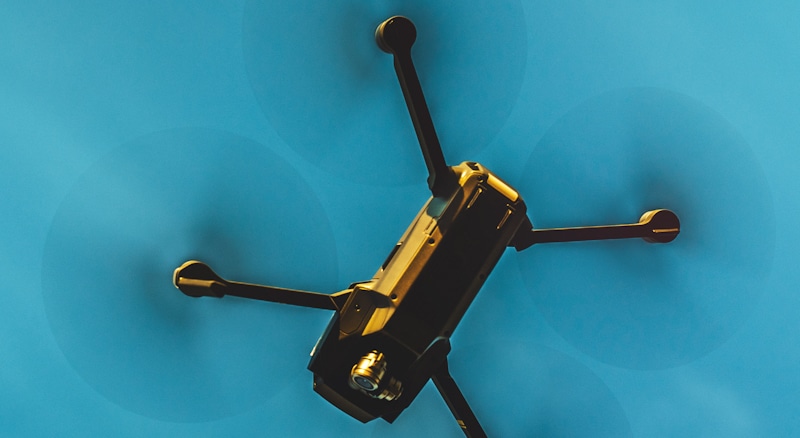 Many people found that it was relatively easy to use the Mavic Pro for drone fishing until it was discontinued in September 2016. This doesn't mean that you can no longer use drones for fishing though. Today there are a lot of drones to choose from which is why this "sport" is growing in popularity. A lot of these drones have great features built into them at a very affordable price. It's just a matter of finding something that suits your needs and your budget too.