One of the most vital qualities of a drone is its speed. Knowing how fast a drone can fly helps in determining the type of drone to buy. Here is the answer to how fast an average drone can fly.

The maximum speed of the average drone is between 50-70mph, a drone's maximum speed can exceed this limit, but the speed of most drones available is within this range. The fastest drone in the world is the DRL RacerX, whose maximum speed is 163.5 mph.

There are some drones whose speed limit is less than 50mph, but most quality drones have a higher speed limit than 50mph. We will discuss more on how fast a drone can fly and the fastest drone.

How Fast Can A Drone Fly?

The maximum speed of each drone varies even though they might be from the same manufacturer or company. An average drone has a maximum speed of 50-70mph. These drones can be easily found on any store that sells drones like Amazon.

But, it is necessary to keep in mind that the maximum speed of a drone is dependent on some factors. For this reason, you will find drones that can fly faster than 70mph while some fly lower than 50mph.

The factors that determine the speed of a drone are design, type of drone, propeller and motor type, and legal aspect. Now, we will talk about these factors.

Beginner drones, just like the name implies are for first-time drone pilots, i.e. people learning how to fly a drone for the first time. For this reason, the speed of these types of drones is not always high to avoid any form of accidents since it is for first-timers. Some of these drones have a maximum speed of 12mph, and this level is said to be appropriate for beginners.

Trick drones are the more common and popular drones. They can be used to perform various activities, therefore to pilot these types of drones, you might have a level of experience as a drone pilot. These drones are faster than beginner drones, with a speed limit ranging from 40-60mph. Some of them can even exceed 60mph. For this reason, you cannot and must not purchase this type of drone if you have never piloted a drone.

Racing drones are designed for speed; hence they are faster than the other types of drones. This type of drone is small and lightweight but very strong and powerful. The maximum speed of a racing drone ranges from 60-120mph, but some racers customize their drone to fly faster than this limit.

Design Of The Drone

The design and technology of a drone also contribute to the speed of the drone. There are two crucial designs of drones which are fixed-wing and rotary-wing.

A drone with a fixed-wing design looks like an airplane, and they lift themselves through the fixed-wing, to change altitude during flight is done by gliding. Fixed-wing drones utilize less power to fly faster. These types of drones have an advantage of a tailwind when flying in the direction of the wind. For instance, a drone with a maximum speed of 52mph can fly at 70mph with the help of a tailwind.

Drones with rotary wings are the most popular. They use their propellers which are powered by their motor to lift and speed horizontally. Most drones have this type of design because of their propellers. The propellers of the drone hold and move the drone, hence such drones have powerful batteries and motors. 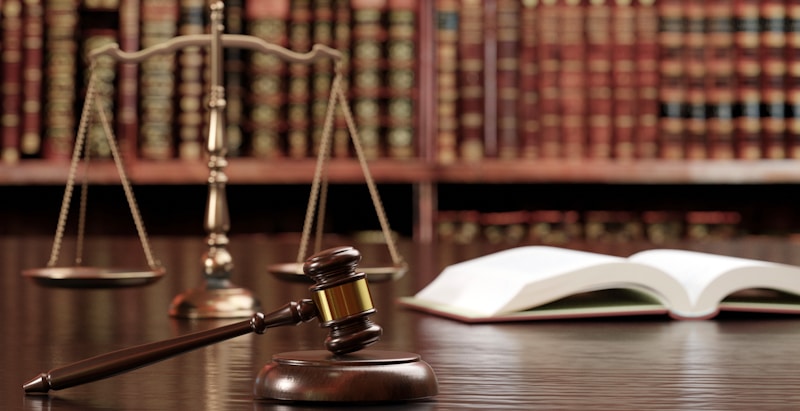 There are some rules and regulations of the Federal Aviation Administration that you need to abide by, especially the speed limit in part No. 107 of the FAA laws, which states that you cannot fly a drone faster than 100mph. This law places a limit on the speed of your drone that you must not exceed.

Most Popular Drones On The Market

The DJI Mavic Air 2 is one of the best professional drones that are easy to fly, and this drone can capture high-resolution images and videos. It has a maximum speed of 42.3mph, the battery life of thirty-four minutes, and can fly a distance of 11.49 miles. The weight of this drone is 570 grams, and it also has a foldable design.

The maximum flight distance of this drone is 11.49 miles. You can fly this drone at night with the help of its auxiliary light that improves visibility. The drone also has an obstacle avoidance sensor that makes it safer and difficult to crash.

There is a new feature available only on the DJI Mavic Air 2, and is referred to as "SmartPhoto." It is a technology that was previously on only smartphones, and it is an automatic scene recognition, it adjusts the camera settings to perfectly fit the scene you are in so the picture or video you want to capture will be flawless.

One of the most popular drones manufactured by Autel Robotics is the Autel EVO II, and the drone is the upgraded version of the Autel EVO. This drone has a camera that can capture images of 20 megapixels and also has a video resolution of 6K, which makes it one of the best drones for photography.

The Autel EVO II has a 360-degree obstacle avoidance feature that helps prevent it from crashing. The flight time of this drone is forty minutes, and it has a weight of 7.13 pounds. The camera of this drone has an 8X digital zoom that helps maintain clarity when taking pictures.

This drone has a battery life of four hours and can fly as far as 5.5 miles either during the day or night. Its flight distance when there is no wind interference is 15.53 miles. The drone uses a 7100mAh battery and has a maximum flight speed of 44.8 mph.

This is one of the less expensive drones of the DJI that has the best designs on other high-end drones. The DJI Mini 2 weighs 0.534 pounds, weighing the same as an apple so it can fit into the palm of your hand. The small size of this drone makes it one of the fastest drones.

When free of interference and unobstructed, this drone can fly for a maximum range of 6.2 miles. It has a camera resolution of 12 megapixels and a video resolution of 4K 30fps. This drone has a maximum speed of 36mph.

The DJI Mini 2 is one of the drones that you can fly inside the house due to its downward-facing visual and sonar distance sensing system that makes it possible for the drone to hover without a GPS.

The drone has a propeller guard that helps protect the propeller from damage especially when it is flying too close to an object. The maximum flight time of the DJI Mini 2 is thirty-one minutes.

The 3-axis camera gimbal keeps the images horizontal and steadies the drone while recording in 4k video resolution. This drone is one of the best drones for photography and videography. It is not necessary to register this drone with the Federal Aviation Administration.

Parrot Anafi FPV is one of the drones that come with a virtual reality google which provides a clearer and sharper view of images and videos. This drone has a weight of 0.683 pounds and a maximum range of 2.5 miles.

The 4K camera of this drone has a resolution of 21 megapixels and a gimbal that stabilizes the drone for clearer and sharper images and videos. The camera has zoom capabilities when you are using the video mode.

The maximum flight time of the Parrot Anafi FPV is twenty-five minutes, and the drone has a foldable design so it can easily be transported. The camera of this drone can be tilted up or down to get special angles for your images and create 3D models.

Some of the accessories that come with the Parrot Anafi FPV are a sky controller, a backpack, 16GB micro-SD card, a smart battery, cocktail pit glasses, eight extra propeller blades, and a mounting tool. The drone has a maximum flight speed of 31 mph.

The Parrot Anafi FPV also has some special features such as return to home, take-off, and a shoulder button. High-quality photos and videos can be taken due to the high quality of the drone's camera.

The DJI Mavic Mini was a very popular drone that was released at the end of 2019. The drone is a portable drone with a weight of 0.549 pounds making it one of the lightest drones; hence it is easy to transport and carry.

However, the size of this drone does not reduce its capabilities. There are lots of incredible features that drones possess. It is also one of DJI's quietest drones. Due to the weight of this drone, it does not have to be registered with the Federal Aviation Administration.

You can fly the DJI Mavic Mini, both during the day and at night because the propellers are designed to make less noise than others, so it does not disturb anyone during flight at night.

The DJI Mavic Mini has a maximum range of 4.2 miles. The camera of this drone has a 3-axis mechanical gimbal that provides stability for the camera so that you can capture ultra-clear and super-smooth footage.

The DJI Mavic Mini is a surprisingly capable machine whose motors can compensate for a maximum of force four cross-wind, and you can always fly the drone indoors as long as you are using the propeller guards on the propeller to ensure safety.

The Skydio 2 is one of the drones without geofencing. However, the lack of this feature does not mean the drone is not safe. There are other important features of this drone that makes it safe for all.

This drone has an in-built GPS that enables an autonomous flight experience. You can fly the drone at night and even in a fog. When the drone has issues establishing a strong GPS signal, a warning message will appear on your drone to tell you that it is not safe to fly the drone at that moment.

The weight of the Skydio 2 is 775 grams, and the size does not prevent it from flying smoothly even in windy weather conditions. This drone has a maximum flight time of twenty-three minutes. When the battery is low, a warning will appear on the application.

The maximum speed of this drone is 36mph. One of the features of this drone is the obstacle detection and collision avoidance sensor technology which makes it less likely to crash. It is easier to direct your drone back to your location when it is out of sight with the use of the Skydio 2 application.

The Skydio 2 has a high video quality and exceptionally sharp camera which makes it one of the best drones for professional photography and videography. This drone can be used for filming, inspection, analytic, and 3D photogrammetry.

The drone weighs 800 grams, has an impressive 46,000 RMS, and two 1300mah R-Line Tattu Lithium Polymer Batteries. The Drone Racing League or DRL is the premier racing circuit for First-Person View (FPV) pilots around the world.

The DRL RacerX had to fly across a 100-meter course, it had to fly back and forth, and the official record speed was the average of the top speed the drone achieved during each flight.

Regardless of your reason for purchasing a drone, you still need a fast drone. There are many fast drones in the market currently, but most of the really fast drones are not available for purchase.

Nevertheless, you can still get recreational and commercial drones that can fly fast. Two very important features that determine the cost of a drone, the camera, and the speed. So you can get a drone with a quality camera that is also very fast but at a high price.