Dirt bike riding is a fun sport that you may do with family, friends, or by yourself. However, you must keep in mind that you will need some practice to avoid accidents before you start riding your dirt bike on motocross tracks or mountain terrains. One of the best dirt bikes for experienced riders is one with a 250cc engine size.

A 250cc dirt bike can reach a top speed of 55 to 70 mph; however, this speed relies on the engine type. There are other factors that affect the speed. They include the brand, tires and seat weight, terrain of operation, operator's weight, rider's skills and experience, gear type, and the exhaust. 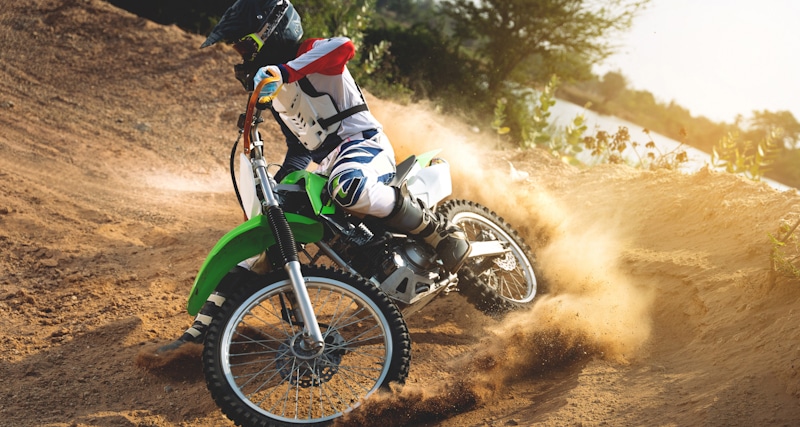 Whether you are a first-time rider or a seasoned racer, there are various factors to consider when shopping for a new dirt bike. First and foremost, you will want an inexpensive vehicle and easy to maneuver on rough terrain. However, when shopping for an excellent dirt bike, the engine size is likely the most important consideration.

250cc dirt bikes are recognized as the best machine in the dirt bike business since they are adequately powerful, terrain friendly, and agile. They provide enough grunt to propel you down trails and up hills while also allowing you to maintain control and balance. Below are some excellent 250cc dirt bikes.

The Suzuki RM Z250 Dirt Bike is a 250cc vehicle and one of the most popular dirt bikes. With a 4 stroke, fuel-injected engine, this vehicle delivers excellent performance by combining a race-ready and sleek design with a solid, quick chassis. It has a maximum ground clearance of 13 inches and a seat height of 37.5 inches.

One of the changes made was to move the secondary injector closer to the air filter to give the intake charge more time to atomize and cool. This is what increases the power of the motorcycle's engine. The KYB coil-spring suspension system on the RM-Z250 allows operators to ride over any challenge or obstacle easily.

The Kawasaki KX250 Dirt Bike is the best one if you want a high-revving and powerful machine. It has a liquid-cooled, DOHC, 4-stroke engine with a 250cc displacement. This vehicle features an ERGO FIT technology that lets users determine their most comfortable riding position.

You can modify many aspects of this vehicle's chassis interface using a combination of replaceable parts. The bike features a lot of top-end power and good brakes. The best aspect is that these modifications were performed without adding any additional weight. Hence, this dirt bike model is just as light and easy to control.

The Husqvarna 250 FC Dirt Bike is an excellent vehicle with a 250cc 4-stroke engine. It features a steel frame made of chromium-molybdenum, an excellent brake system, and a finely built triangle which gives it remarkable straight-line stability. It also features a vented airbox, clutch hydraulics, and a composite airbox, making it suitable for mud riding.

The Husqvarna 250 FC's biggest feature is that anyone can get on it and feel at ease in just a few clicks. If we are talking about acceleration, the Husqvarna is unstoppable; this vehicle is one of the fastest 250cc bikes. It has a maximum power output of 42.53 horsepower; however, it generates its power slowly.

The Honda CRF 250R Dirt Bike is an excellent dirt bike for performance. In essence, the bike generates much horsepower; the higher the horsepower a bike has, the faster it will go. This dirt bike has been updated to provide double-spray injector settings. This feature aids in fuel atomization, resulting in increased power.

This vehicle is very easy to turn and control because it is lightweight and has an easy-to-use electric starter. This is quite convenient, especially for racers. You can use this ability to quickly restart your bike in cases of an abrupt stop during a race.

A 250cc dirt bike has a top speed between 70 to 78 mph; however, this speed solely depends on the type of engine the bike uses. The 2-stroke and 4-stroke engines are the two types of dirt bike engines available. Each one has varied specialties based on how they are made and how they work, which affect top speed, acceleration, and various other factors.

More like this: How Does a 2 Stroke Engine Work? [GUIDE]

2-stroke engines are the more straightforward among the two types of engines. In contrast to the 4-stroke engine, it is designed to finish its engine cycle in two movements rather than four. A power stroke starts the two-stroke engine's cycle. The piston is forced down by oil, fuel, and ignited air mixture till it reaches the exhaust port.

The piston descends, pressurizing the oil, fuel, and air mixture, which were previously drawn into a crankcase connection on the side. The mixture drawn into the crankcase occurred before the present power stroke, which has yet to be completed. The next air and fuel combination enters the cylinder through an exposed intake transfer port.

Compared to a four-stroke engine with equal or similar power output, this process produces less waste. They feature a more efficient design, requiring about 30 to 50 percent fewer moving parts to maintain and construct. 2-stroke engines are easier to clean; however, they have higher fuel consumption and more emissions.

A single-engine cycle requires four movements in a 4-stroke engine; the piston drops on the intake stroke, drawing in a fuel and air mixture. Following that, it rises for the compression strokes that ignite the fuel and air combination. The piston is forced down and followed by an exhaust stroke; this cycle repeats itself when the bike is in motion.

In terms of emissions testing, 4-stroke engines are fairly clean-burning engines. This is because they are more fuel-efficient than two-stroke engines, and they do not require the mixing of oil with the fuel to run. They are also difficult to clean because of the high number of materials they are built and designed from.

A 250cc engine is the best engine type for you if you are searching for something fast; a dirt bike with a 250cc engine can attain a top speed of 85 mph. However, it will be contingent on several circumstances. Some factors affect how fast a 250cc dirt bike can travel and its speed.

How much grease or oil you use with your dirt bike has a big impact on its speed. When your vehicle is well lubricated, it will move faster with lesser friction. The metal filings and spark plugs must be clean for your 250c dirt bike to move faster. The level and quality of the engine oil of your bike also affect how fast it will go.

Everyone wants a fast dirt bike, so it is only normal that most will go for a 250cc bike. However, there is more to these bikes than just their speed; you must have adequate knowledge before purchasing one. Also, know the factors affecting their speed, and when you deal with these factors correctly, you will have a functioning and fast 250cc dirt bike.