If you are extremely fortunate, you might be able to afford to pay in cash for the plane. Nevertheless, not everyone enjoys such convenience. For your transaction, you might need to secure a loan. Do not forget that in addition to the wholesale price of your jet. 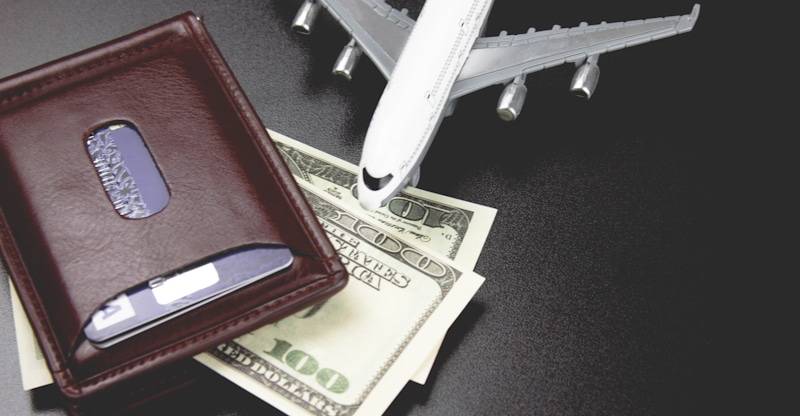 How Much Does A Plane Cost

If you have ever wanted to avoid the cramped seats on a commercial flight, have experienced airport queue, or have the desire to fly, you might choose to purchase a plane and join the country's general aviation community. Even though owning a jet is expensive, it is not only available to the wealthy and well-known.

However, before you begin your journey, there are many things to consider, such as prices, maintenance, and more. The cost of a plane ranges from $8,000 to $300,000. Choosing the pilot certificate or license you might require is the first step in being a pilot if you do not yet have a pilot license.

Another option is a recreational pilot license, which costs less and consumes less effort to obtain than the well-known private pilot's license but has some limitations. You can get a sports pilot certificate for much less time and money, but it also comes with the greatest restrictions on when, where, and with whom you can fly.

Before you decide to buy an airplane outright, take into account rental and fractional ownership. Although these solutions are less costly than complete ownership, they may not always be available.

There are countless options available when it regards general aviation aircraft. Along with small jet planes, there are single and twin-engine propeller aircraft. Amphibious aircraft are those that can take off and land from the water. Both new and old aircraft are offered.

The cost of a plane can vary greatly: A brand-new general aviation jet will set you back at least $1,000,000, but you can get a used single-engine propeller aircraft for under $40,000. If you are unsure about what to check for when inspecting a potential purchase, think about bringing a group of professionals, such as an aviation mechanic.

Once you have identified the ideal aircraft, it is time to submit your bid and prepare for discussions. Make sure you have aviation insurance for the new purchase and that your escrow finances and title are in line. After the transaction closes, you must register the aircraft and show the Federal Aviation Administration evidence of ownership.

Owning a plane is a common ambition for pilots and people who want to enjoy the benefits of private aviation. However, do you understand how much an airplane costs? It can range from several hundred dollars for lightweight planes to hundreds of millions for private aircraft, based on the scale and type you prefer.

How Much Is A Small Plane

Have you ever thought about getting your little plane? Yes, we have all done so at some point. A plane symbolizes independence because it allows you to travel wherever and anywhere. Moreover, the road is not your only option. Counting yourself as one of the wealthy and elite, the only ones who possess their jets, makes you relevant and competitive.

In addition to providing you with the comfort and leisure options you desire, having a small plane entails a huge responsibility. The price of a tiny aircraft will vary depending on the state, kind, and precise model of the plane you intend to purchase. You can use average pricing for each aircraft type as a guide for this purchase.

Ultralight aircraft are listed first. These are frequently less than $15,000 and do not need a pilot's license. A single-engine aircraft is the following category of aircraft. When someone mentions a little plane, most people immediately picture this kind of machine. These generally start around $15,000 and are quite a bit more expensive than an ultralight aircraft.

Although the price of new models can go up to $100,000, buying used will save you a ton of money. Not to mention, a more potent multi-engine airplane will cost a bare minimum of $75,000. Small aircraft with numerous engines that cost $300,000 or more are not unusual.

Although a small plane's initial cost can be high, you can save money by buying a used model. For instance, according to Plane & Pilot Magazine, an excellent used Cessna 150 is simple to get for as low as $30,000. Get a comprehensive pre-purchase check if you decide to buy a used aircraft.

A pre-owned aircraft can have hidden flaws that would be expensive to fix if they went unnoticed, and a damaged history could reduce the aircraft's resale value. You might decide to get a loan to buy a small plane based on your financial position. As a result, you will need to account for interest charges in your long-term expenditure.

The interest rate of a mortgage to finance a tiny plane will be influenced by several things. These elements could include your credit rating, the category of use you anticipate for the plane, how regularly you expect to use it, and the jet's state.

Cost To Own Plane

The investment cost should not be the only factor to consider when buying an aircraft. You also need to consider maintenance expenditures, just like the vehicles you drive on the road. Other expenses such as storage, fuel, maintenance, insurance, oil, and inspections are also necessary.

Planes must be kept in hangars or outside at an airport while not in use. Although it relies on the area and the airport, outdoor storage is often less expensive than cargo containers and other covered areas. Ordinarily, urban airports demand more than equivalent rural airports. The typical monthly hangar expense is $250 plus an additional $100 for tiedown supplies.

Interestingly, a small plane's typical owner rarely has home storage access. The creation of an escrow fund for maintenance is advised by the Aircraft Owners and Pilots Association to cover revamps of the engine, airframe, avionics, and propeller.

Annual examinations for small aircraft cost between $600 and $1,200, whereas they are required for specialist aircraft with the flexible landing gear. Aviation insurance covers liability coverage for whatever your aircraft destroys and includes aircraft damage. Policy coverage differs, and aircraft damage is divided into in-flight injury and exterior damage.

The price will vary according to the aircraft type, the required coverage, and other elements like the operator's expertise, just like any other form of automobile insurance. When choosing small plane insurance, it is best to speak with a certified aviation insurance broker, which can cost anywhere from $500 to many thousand dollars annually.

Oil changes for small aircraft are recommended each four months or 50 hours, whichever comes first. This corresponds to three oil changes each year for the typical user. Five to ten gallons of fuel are burned on average per hour by tiny planes.

Although acquiring an airplane is expensive, the highest cost is the ongoing upkeep of the aircraft. Online markets and authorized brokers are two places to purchase airplanes. Based on where you reside, buying a plane typically entails complying with several legal requirements. Once you have concrete evidence of the sales transaction, you can claim ownership of the aircraft.