From 1980 all ATV vehicles manufactured from that time onwards started to come with the CDI module directly from the factory. You probably won't recognize this part at first by its technical name: CDI module, however, I'm sure you will be more familiar with the other names by which this part is recognized: black box, brain box, ignition or pulse box, power pack or any other way you want to call it.

It is possible to bypass a CDI module on an ATV, but it should be only a temporary action. Follow these steps to do it:

The CDI module is a black rectangular box full of wires that are located under the rider's seat in most cases. This is also called the "magic box" that makes things happen and works on your ATV, which is why the CDI module is such an important part of your ATV's engine, and knowing how it works and its general care becomes a priority task for owners of these multi-purpose vehicles.

What Is The CDI Module?

The CDI stands for Capacitor Discharge Ignition, and in simple terms we can say that it is the battery or main power source of the ATV, and has the ability to store energy for later, being its differentiating point its property to release all that accumulated energy almost instantaneously, hence why this box is really an ignition circuit.

The CDI module is the battery of the ATV and diagnosing its failure or malfunction is complicated, this is why people prefer to perform the bypass technique before making the decision to replace the part with a new one, which is nothing more than isolating the CDI from the internal electrical circuit of the ATV to determine if it is the cause of the problem or not.

The CDI module is generally composed of a trigger system, coils, and a containing box that is usually black in color, besides having several capacitors and other circuits inside. What happens internally in the CDI module is that the trigger system tells the box to fire, then the box determines when to fire and which coil to use for this in conjunction with the internal capacitors, finally, the zapping system goes to the spark plug and this cycle repeats ad infinitum.

In addition to the discharge of these capacitors, the box can also influence the ATV rev limit, timing advance, and a number of other spark-related variables, among other things.

Understanding The Evolution Of The CDI Module

The complexity for which CDI modules are known focuses mainly on their circuitry, whereas their ancestors or past boxes relied more on intelligent mechanical systems for firing their coils. In these earlier modules, it was the springs, weights, cam lobes, and other small parts that worked in sync to produce the spark at just the right time, and could do so even as the revs increased.

These ignition systems worked very well for several decades but they had a great disadvantage and that was that all these components deteriorated very quickly in short periods of time.

The owners of vehicles with this old ignition system at the beginning accepted willingly the initial maintenance of this part, but after realizing that they would have to do it on a recurrent basis and the economic investment that this represented, they began to complain more seriously about the performance of this ignition system.

This is why the change to the current CDI module represented an important technological advance almost equivalent to the jump from carburetion to fuel injection.

All this change brought benefits to off-road vehicles such as increased power, better overall performance efficiency, less maintenance, and parts replacement, making the CDI module gain a well-deserved reputation compared to previous systems. But beware, CDI modules can also present some problems, hence the importance of understanding their operating system.

Although this ignition system has a long list of benefits, it would not be correct to say that it cannot fail. Possible symptoms of failure of a CDI module can be defects in the ATV's ignition, strange tachometer behavior, dead cylinders, inability to maintain even low revs, and all of these generalized failures will increase as the ATV gets hotter and hotter.

While systems other than the ignition system tend to gradually decrease in performance when they fail, the internal components of the CDI module tend to fail all at once.

In these cases, the key is to discard all possible variables and parts until only the CDI module remains, since this part has a particularity, the detection and repair of faults in this black box are very complicated, and this is due in part to the fact that this box is hermetically sealed and its repair is almost impossible, which is why the bypass technique is often used not as a method of solution or repair of the fault but as a diagnostic method and confirmation that the fault is really due to the CDI module.

Why Is The Cdi Module Damaged?

As we have said, the black box contains in its interior a great quantity of delicate micro pieces and electronic components that with the use and the passing of time will be victims of the vibrations of the road and the humidity, rolling on roads takes its toll and the heat can destroy a box completely, and the useful life of a CDI module will depend on the uses and cares to which it is submitted.

Can The ATV CDI Module Be Bypassed And How To Do It?

The answer to whether it is possible to bypass the CDI module is yes, but only temporarily, and the only reason to do it is to check or rule out that the cause of the electrical malfunction in the ATV is the black box. The steps to bypass the ATV CDI module are:

Because starting the ATV can produce a mixture of air and fuel to drive the engine, make sure the bank is completely free of flammable liquids such as gasoline. To do this, the battery should be tested to make sure it is fully charged, if not, it should be replaced immediately.

To do this you must locate the black box that is under the pilot's seat in most cases, you will also recognize it because it has two plugs and a bullet connector. Once located, it should be removed for easy access to its electrical terminals.

You can and should refer to the service manual since from this point on you must follow all the steps indicated in these instructions to the letter and thus be able to finish removing the CDI module without causing major damage due to lack of knowledge.

It is important to do this with the ATV turned off and completely cold, and it is recommended to use an ohmmeter to quantitatively measure the resistance of the black box. 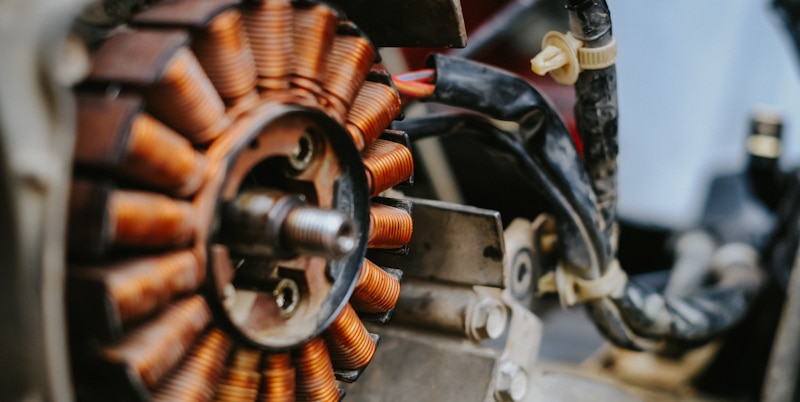 Depending on the type of ATV its electrical resistance may vary, this technical specification is visible on the coil so you should locate it to know what is the register considered as normal. If the actual resistance levels detected do not meet the specifications expressed on the coil, you can confirm that the coil is damaged.

Another way to verify the acceptable resistance level of your vehicle is to check the owner's manual in the technical specifications section.

The CDI module represents the brain and heart of the ATV, its sophisticated ignition system offers a series of benefits that translate into an efficient and optimal performance of the ATV, however, its longevity will depend on the use and treatment given to the vehicle, since this part and its delicate elements will be sensitive to the environmental and driving conditions to which it is subjected.

Like everything in life, the durability of something we care about will depend on the maintenance we give it. This idea applies perfectly in everything related to vehicles since its performance free of inconveniences and unforeseen expenses can be substantially reduced depending on the kind of treatment that its owner gives it in addition to the timely preventive maintenance that will serve to avoid major damage.