There are a lot of great things that you can do with a drone-like capturing photos and videos of places you may not otherwise get to take pictures of. Some people have also wanted to use their drones to go fishing. Is this even legal to do?

The IGFA (International Fish and Game Association) says that it’s completely legal to use drones for fishing as long as you don’t pull the fish out of the water once you’ve caught it. This means that you can only practice catch and release fishing with your drone.

Fishing with Your Drone

Now that people have been flying drones for a while it’s easy to find videos of them being used in fishing. While these videos are a lot of fun for people to watch, it does raise the question regarding whether it’s actually legal to use your drone for fishing. This is because there’s still some confusion regarding where you’re allowed to fly a drone and what you’re allowed to do with a drone.

Unfortunately, this question can’t simply be answered with “yes it’s legal” or “no it’s not legal.” This is because the legality of fishing with your drone is something that’ll depend on your circumstances. In this regard, there are a lot of variables regarding you, your drone, the fishing hole, and where it’s located. However, if you abide by the law you should be able to find some great places to go fishing with your drone. This is because the IGFA (International Fish and Game Association) does state that it’s perfectly legal to use your drone for fishing within the United States today. However, they do place one condition on this: The line that you use to fish with must be able to detach from the drone once you’ve used your drone to catch the fish. In other words, you must practice catch and release fishing. It’s illegal to catch a fish with your drone then use your drone to pull the fish out of the water, to the shore, and take it home with you for dinner.

Where You Can Use Your Drone for Fishing

Whenever you’re flying your drone it’s your responsibility to adhere to your state’s drone laws. If you’re confronted by a member of law authority in regard to the use of your drone, you can’t simply say you didn’t know – ignorance is not bliss here. This is why you should take a moment to get to know what your state has to say about using your drone for fishing. Here are a few of the states that you really need to pay close attention to:

Choosing the Right Drone for Fishing

If you’ve familiarized yourself with your state’s drone laws and they allow you to fish, you may find yourself wondering what drones you can use. When people first started to fish with their drones the most popularly used drone was the DJI Phantom drone. Many of these people would improvise a crude bait release mechanism for it. However, drone fishing has really caught on in places like South Africa and Australia so now there have been a lot of waterproof fishing drones developed with extremely stable platforms.

If you’ll be using a non-waterproof drone you’ll need to purchase a bait release mechanism for it. There are both electronic and mechanical versions available for you to choose from. However, if you want to make all of this easier on yourself, you should just buy a waterproof fishing drone. Some of the most common models include:

To determine which of these drones is right for you and your fishing trips there are many different considerations you must make. The first thing you should consider is what the primary use of this drone will be. Will you only be using this drone for fishing or are you also interested in using it to take high definition pictures and videos? If you’re interested in doing both of these things you won’t only need to take specifications and features for fishing into consideration but you must also think about those that are needed for pictures and videos too. Regardless of how you answer this question, you should be able to find something that will fit neatly into your budget, no matter how big or small it may be. 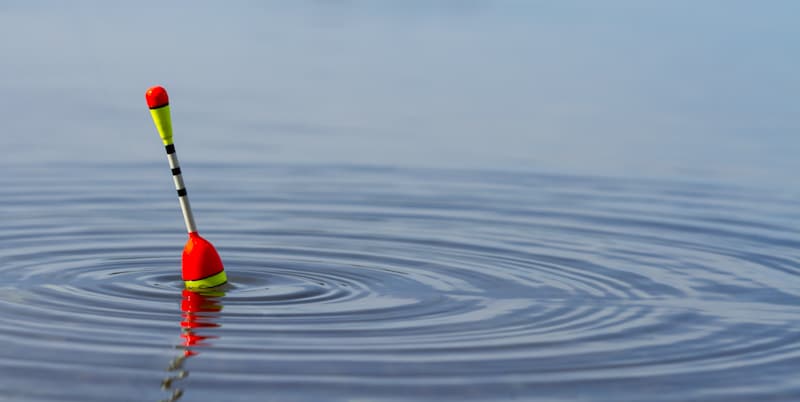 How to Attach a Fishing Line to Your Drone

Now that you know you can catch fish if you release them once they’ve been captured, you may be interested in learning how to use your drone for fishing. For this, you’ll need to attach a fishing line to your drone. There are two different ways in which you can do this: using a payload release mechanism and using a downrigger release clip. Regardless of which method you choose to use, you’ll need to carefully follow the instructions so as not to offset your drone’s balance – something that could disrupt it while it’s in the air. You should also take a test flight before flying over the water just to be safe.

Your other option for fishing with your drone is to use a downrigger release clip. Here are the steps you’ll need to take to use this for drone fishing:

Once you’ve attached a fishing line to your drone it’s time to go fishing. How you go about lowering your fishing line into the water will depend on what type of mechanism you’re using.

Both of these mechanisms work in a similar fashion so when you’re ready to go fishing here’s what you’ll need to do:

How to Catch a Fish with Your Drone

Catching a fish with your drone really isn’t as difficult as it may first appear. You will need to attach an electronic payload release mechanism to your drone though. Once you have such a mechanism attached to your drone you’ll want to attach bait onto your line then attach your line onto the payload release mechanism. Now you’re ready to drop the line into the water and start using your drone to drag it through there. This is the fun part because you can use your camera to watch for a fish to bite your line. As soon as one does you’ll want to pull it upwards towards the shore. If your drone doesn’t seem capable of doing this you should use your payload release to drop the line. 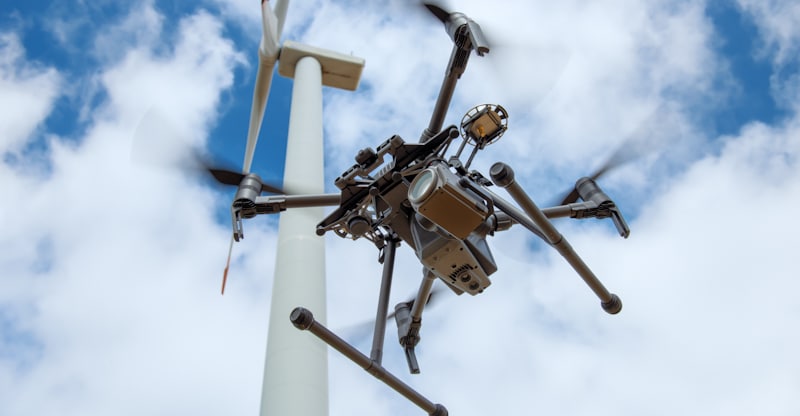 Now that you know that the IGFA permits fishing from drones and how you can do it, maybe this is a new experience that you’ll enjoy trying out someday. When this day comes, make sure you practice catch and release fishing or you could get into serious trouble for pulling the fish out of the water once you’ve caught it.

View all of Shawn Manaher's posts.