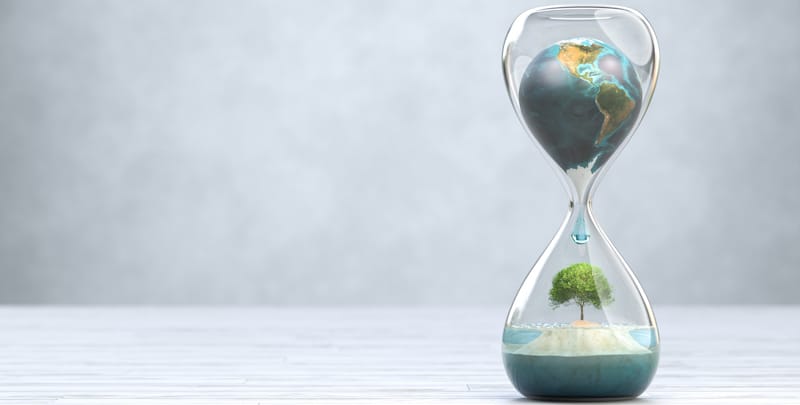 Are Drone Batteries Bad for the Environment?

A lot of the commercial drones that are available for sale today are powered by lithium polymer (LiPo) batteries. When compared to other types of batteries (e.g. nickel-cadmium, NiCad; nickel–metal hydride, NiMH), LiPo batteries have been found to have a very high energy density. This means that LiPo batteries are able to hold more energy than another battery of the same weight so you’re able to power your drone longer. Furthermore, these batteries are also rechargeable, so they can be used to power multiple flights.

The reason why the average temperature of the Earth’s surface is increasing is due to an increasing greenhouse gas effect. When batteries are manufactured and transported pollutants such as exhaust are emitted into the atmosphere. Unfortunately, this does contribute to the greenhouse gas effect. However, since drones use rechargeable batteries they’re making much less of a contribution to global warming than disposable batteries are. This is mainly because not as many of them need to be manufactured or transported.

There are a few other ways in which the atmosphere is harmed by disposable batteries. This doesn’t happen with nearly as much frequency with the rechargeable batteries that drones used. They include:

When battery chemicals are leaked into aquatic ecosystems they can result in potential toxic risks. The same is also true when dealing with landfill sites. Whether someone improperly or carelessly handles batteries’ waste it’ll still result in corrosive liquids and dissolved metals that are toxic to both plants and animals. Drones don’t contribute to as much pollution because their batteries are rechargeable.

Today about 90% of lead-acid batteries are being recycled. In this process, batteries are crushed before being sent to reprocessing facilities. There are several reclamation companies that are located throughout the U.S. today that accept all types of dry-cell batteries (e.g. alkaline, carbon-zinc, mercuric oxide, silver oxide, zinc-air, lithium). While this is a step in the right direction, reusable batteries are an even better step.

Case Study: Drones’ vs. Vehicles’ Impact on the Environment

There have been some research studies conducted recently regarding how drones impact the environment in comparison to other vehicles. For instance, Transportation Research Part D has compared the carbon dioxide emissions between these two types of vehicles. In this research, they looked at local deliveries with very few stops and found some interesting results.

One of the biggest environmental benefits of using trucks lies in the fact that they can carry everything in one trip, regardless of the size or weight of the load. When there are numerous stops that need to be made along the way or the distance to the warehouse is somewhat lengthy, this study has found that using trucks is a more climate-friendly alternative than using drones.

One area in which drones do very well when it comes to having less of an impact on the environment than other modes of transportation have is with small, lightweight packages like a bottle of medicine or an item of clothing. While drones are great when it comes to these small items, as the package’s weight increases their carbon benefits decrease. This is because it requires additional energy for drones to stay aloft while carrying a heavy load.

How Will Drones Help Save the Environment?

There are several fields that have already been hugely impacted by the use of drones (e.g. intelligence gathering, filmmaking). Unfortunately, people tend to overlook the way in which drones are being used to help save the environment.

Many companies are working on using drones to quickly deliver products between short distances. Since drones don’t put off exhaust fumes as cars and trucks do, they’re healthier for the environment. When drones are able to be used to make deliveries there will be fewer vehicles on the road. Unfortunately, since drones can’t carry a lot of weight they’ll only be ideal for making small deliveries or dropping off emergency supplies. They can’t be used for bulk transport though so it’ll still be necessary to have some vehicles available to make these types of deliveries.

There are many things that drones can do to help preserve our natural habitat. For instance, it’s easy to use a drone to monitor a large amount of land. By using drones in this way there will be less impact made upon the natural resources that are located in these areas since humans won’t be trekking through them. Instead, people can get an aerial bird’s-eye view which means that they won’t only see what’s happening on the ground but they’ll also see things they may have otherwise missed.

Some of the other ways in which drones can help with wildlife conservation include:

Drones have a lot of different software tools they can use to help with NDVI (Normalized Difference Vegetation Index) mapping. For instance, there’s some software available that will help drones remote sensing measurements to determine whether the target that’s being observed contains live green vegetation. The reason this software works is because healthy vegetation reflects more green light than other wavelengths. A drone is able to use its camera to capture this information. It can then be imported into an application that’s used to create graphical representations. This type of map is very useful for farmers and agricultural workers who need to determine their vegetation’s overall health so they can direct their workers to those crops that need the most care and attention.

Many drones are also being used to deliver important materials to the crops themselves. For instance, instead of using planes for crop dusting, some farmers are now using drones to do this instead. This is just one of the many jobs drones can do in an agricultural setting because they’re small, fast, and flexible.

Aerial surveying is important because people’s perspective regarding geography is somewhat limited. Therefore people have a difficult time imagining what something will look like once the land has been altered or something has been built on it. Drones can be used here to make this process much easier. This is because aerial photography can make it easier to imagine what a finished project will look like. Drones can also be used to quickly identify problem areas, create 3D maps, and record GPS coordinates. When drones are used in this fashion, much of the work can be done from the air so that a team of humans doesn’t need to be deployed. Much of this work is also done faster since drones have computers and software on them. With the use of drones, the land doesn’t need to be disturbed.

Drones can actually help plant trees. There are many advantages to using drones in this way but one of the biggest benefits is that drones can plant an area 6 times faster than a human crew can. It’s also possible for drones to access harsh terrain that humans can’t access. This is especially important in areas that have been affected by forest fires because it prevents tall shrubs from overtaking the area.

Why Can’t You Fly Drones Over Wilderness Areas?

When you stop to think about all the good that drones are doing today you may think that it’s perfectly legal for you to fly your drone over a wilderness area. Unfortunately, this isn’t true. You cannot fly a drone over a wilderness area because these areas are considered “ecologically sensitive” since they host threatened and endangered wildlife. Park rangers fear that this wildlife will be excessively affected if they alone for drone use in these areas. This is because when you’re flying your drone over the top of wildlife you’re creating pressure that could change their natural behavior – something that may harm or even kill them. Herein lies yet another reason why you need to be careful to download an app that’ll tell you about no-drone zone locations.

Drones are an enjoyable hobby even if you’re an environmentalist. While many people are surprised to learn that drones are actually good for the environment, it’s true. This is why many businesses are looking into delivering their products with drones. Of course, there are also a lot of other ways that drones will help the environment both now and into the future.