A drone jammer is a machine that's designed to send electromagnetic noise at radio frequencies. The purpose of sending out such noise is to override the same radio and GPS signals that are being used to operate your drone.

Drone jammers actually sound a lot scarier than they are. While it is true that these devices can be used to jam the frequency that your drone is using to communicate with its ground station you won't lose your drone. It'll simply return to home base where it'll land for you to retrieve.

How do Drone Jammers Work?

A drone jammer is a device that will jam the frequency (either 2.4 GHz or 5.8 GHz) that a drone uses to communicate with the station on the ground. The drone jammer works by sending an electromagnetic signal at the same frequency as the drone is operating. This will override the drone's communication system causing it to activate its "Return to Home" function.

This understanding of how a drone jammer works may cause you to think that it looks like a gun. However, this isn't necessarily true today. There are a lot of different brands of drone jammers you can now choose from. While some of them are small, handheld devices, many of them are heavy and bulky. These require a lot of effort to deploy so they're typically not very stealthy.

Is it Possible to Jam a Drone’s Signal?

Not only is illegal for people to use a drone jammer but it's also illegal for a business to sell you one. This doesn't mean that you won't be able to buy one though. In fact, you can easily buy one online today.

Most drone jammers consist of a transmitter. These come in a wide array of shapes and sizes. Some of them will actually look very similar to a gun.

When you aim the jammer at a drone and fix yourself on its location in the sky above you the jammer will send out a signal in the shape of a cone that ranges from 15 – 30 degrees in width. There are also some heavy-duty drone jammers that can be purchased. These will allow you to be several kilometers away when you jam a drone. This is just one of the many ways in which drone jammers are growing even more effective today. Even so, it's still somewhat challenging to achieve the level of precision you'd need to be able to accurately jam a drone's signal, especially since you'd need to do so without interfering with any of the other signals that are relying on the same radio band that the drone is using.

In theory, a drone jammer is used to disrupt the radio and GPS signals that are being used to guide the drone. Depending on which type of technology is being utilized, this is something that you can deploy from thousands of feet away. The results will still be the same, unless the jammer has interfered with the drone's GPS signal, the drone will return to its point of origin. The person who's operating the jammer can then trace the drone back to the pilot. Sometimes a drone jammer can cause a drone to land immediately on the spot. When this happens, the person who's operating the jammer will be able to conduct a forensic investigation on the drone.

Unfortunately, there are many variables that must be taken into consideration when you're trying to jam a drone. These include things like being able to deploy a signal that's aimed at a moving target. This target's speed, velocity, distance, direction, and angle are continually changing. So, while you're trying to lock onto the drone you don't want to accidentally point the jammer at or near any other objects in the area. Doing so could potentially have a negative effect since you'd be jamming those radio frequency signals as well.

Even military members find it extremely challenging to use a drone jammer. Of course, this is something that's also impeded upon by the fact that most drones that are flown for criminal or terrorist-related activities intentionally use a GPS waypoint. This means that they aren't even using a radio frequency so there's nothing there to be jammed. Therefore these drones oftentimes go undetected and undeterred by jammers. Unfortunately, an off-the-shelf drone can be modified so that it can be used in this manner relatively easily.

Is it Legal to Jam a Drone’s Signal?

While there are a lot of people who are in favor of using technology to jam a drone's signal, this doesn't make it legal to do so. Nevertheless, people argue that if you need to take down a drone in this fashion it's actually a win-win for both the pilot and the person who's jamming their signal. This is because this technology presents far less risk than other countermeasures that can be taken to bring down a drone today. When you jam a drone's signal this typically leaves the drone itself unharmed.

It isn't only illegal to jam a drone's signal according to the federal law in the United States today it's actually illegal to jam any type of radio signal. In fact, it's also deemed illegal to sell any type of jamming equipment that has the potential of being used to interfere with any authorized radio communications.

Since drones are equipped with transmitters and receivers they communicate using various frequencies of radio waves. Depending upon the drone's interface this could be GPS, WiFi, or even a simple handheld controller. On the other hand, someone who's using a jammer is able to emit a signal that's on the same frequency as the drone. When this happens the drone's pilot can no longer communicate with their drone because all communication has been disrupted. While this sounds like a good idea in theory, in reality when this happens it's possible that the transmission of other radio signals could also be interrupted. For instance, since the police use radio signals to communicate with one another you're also disrupting their communication. In this way, jammers pose a serious risk to critical public safety communication. They can even prevent people from being able to make emergency calls. This is part of the reason why this technology is illegal. 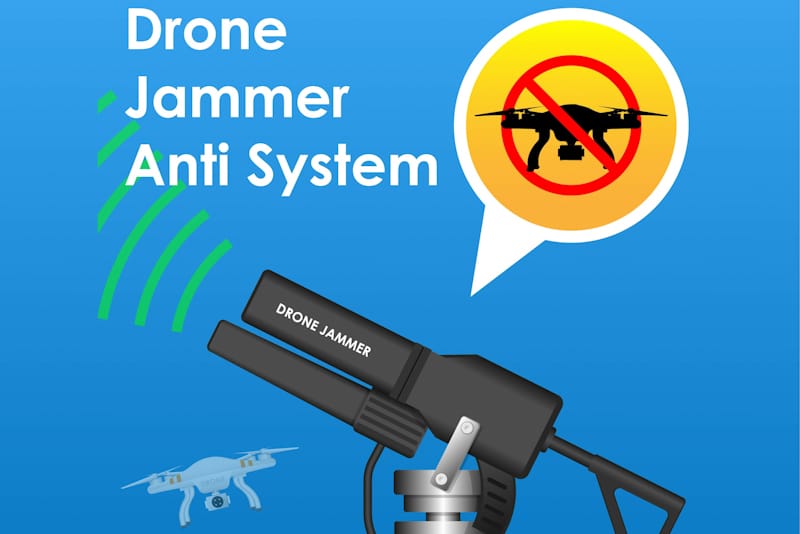 There are also devices that are similar to jammers but are used to disrupt cellphone signals. Both of these types of devices are illegal. This is according to Section 333 of Title 47 of the US Code, or the Communications Act of 1934. According to this section of the law, it's illegal to willfully or maliciously interfere with any type of radio communications. Since a drone jammer is known as a "jammer," it's already illegal to manufacture, import, or even use it unless you do so under the federal government's authority. For this to happen, the person who's using the jammer must be licensed to do so according to the Commission's rules.

Although there isn't anything new being said about jammers in the FCC regulations, the fact that they can't be sold, imported, manufactured, or used is echoed herein. The only exception that the FCC makes is in regard to some of the U.S. government's institutions.

When someone uses a jammer a drone pilot could potentially lose control of their drone. This may result in the drone crashing and either causing property damage or personal injury. As such, there's the issue of liability even if the jammer's use has been authorized by the government. This is why it still isn't a good idea for private facilities (e.g. utility companies, airports) to use them.

There are several provisions within the U.S. Criminal Code that can be interpreted in such a way that deems the use of jammers illegal. According to this law, you can't interfere with satellite or radio communications nor can you destroy aircraft – something that drones are classified as. Additionally, it's possible for drone jamming to be interpreted as a type of hacking. There's another provision in the U.S. Criminal Code that prohibits this.

Regardless of which provision you look at, jamming a drone is illegal according to the U.S. Criminal Code. Most civilians will never receive authorization to use one, even when they want to use it to secure their private property.

What Happens When Your Drone’s Signal is Jammed?

What happens when a drone's signal is jammed will depend upon the drone itself. If someone is using a cheap drone that isn't very complex, the drone will simply fall to the ground wherever it's been hit by the jammer. However, if someone is using a more expensive, more complex drone, these are usually equipped with a fallback mode (e.g. return to home, hover to the ground).

Regardless of which type of drone is being used, there typically won't be any collateral damage done to the drone itself when it falls out of the sky. This is great news for law enforcement officials who catch drones that are being illegally used because it means that they can confiscate the drone intact. However, if the drone's emergency protocol is to return to home law enforcement officials would still be able to track its path and find its operator.

How do You Legally Take Down a Drone?

While you may be able to buy a drone jammer, it isn't legal to do so. Unfortunately, none of the other ways in which you could potentially take down a drone (e.g. using projectiles, a zapper, or a net) are legal in the United States today either. Even if you're on your private property the only legal recourse you have for a drone that's flying above you is to call the police. Typically they won't do anything though unless you can prove that your privacy is being invaded. Some people do speculate that as more drones continue to enter our skies there will be some changes made to the laws. 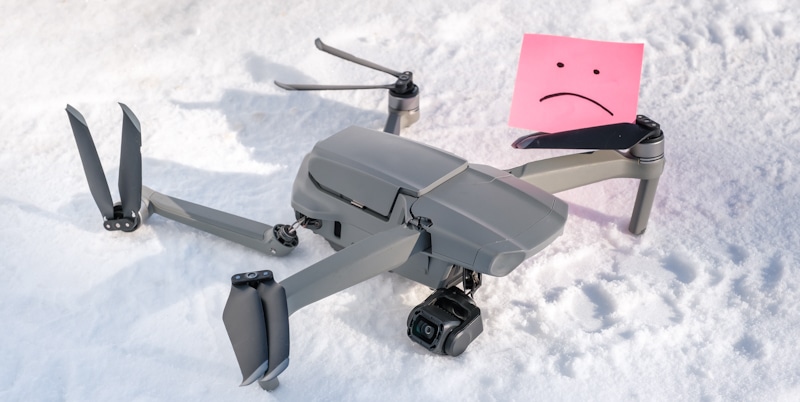 When you use a drone jammer to bring down a drone you're using a machine that sends electromagnetic noise at a radio frequency. This will allow you to override the radio signal that a person is using to operate their drone. Once a drone is jammed it will typically return to its home base where it'll land. Unfortunately, this is still considered illegal in the United States today. The only legal means of dealing with a drone is to call the police.