In today's world, drones are being used for functions such as photography, videography, and for recreational purposes. Recently, Amazon began using drones to make deliveries, and this has made people wonder if there are drones that can pick up and drop things or if Amazon has special drones for deliveries. Read more to find out.

Of course, drones can drop things. Many of the drones designed to lift things can also drop them. Additionally, drones that aren't designed to perform this action can still be modified to do so by equipping them with drone attachments such as Top Race Drone Clip and Drone Sky Hook Release & Drop devices.

In this blog post, we will look at some drones that can drop things and drone attachments for drones that are unable to do so.

What Drones Can Drop Things?

We stated earlier that most drones that can lift things are also designed to drop them. These drones usually have stronger durable frames and use a battery with a bigger capacity. Some of the drones that can drop things are:

There is only one thing you need to do when you want the drone to drop the object it is carrying: you have to press the C1 or C2 button on the remote controller of the DJI Mavic 1 Pro Platinum. The flight time of this drone is 30 minutes.

It has a maximum speed of 40 mph and 27 minutes of hovering time. The DJI Mavic 1 Pro Platinum also has a gimbal that stabilizes and protects its camera. The drone also features an obstacle avoidance sensor that increases flight safety. 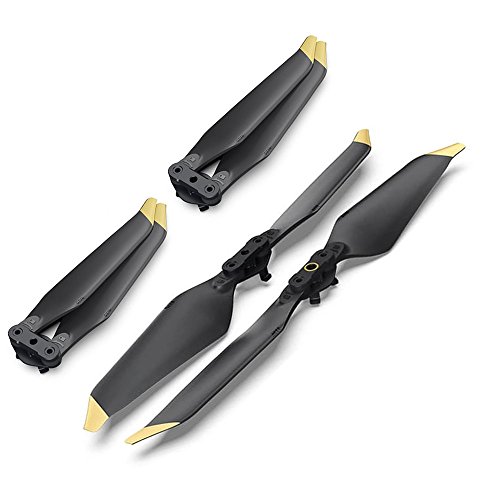 The VoloDrone is one hundred percent electrically powered and flies free of emissions. It is an electric drone with a payload capacity of 200kg and a top speed of 68 mph. This drone has 18 rotors and operates on lithium-ion batteries.

It also has a flight time of 30 minutes, making it one of the best drones that can drop things. With a distance range of 40 km, it can operate within a large radius from its takeoff point.

You can operate the VoloDrone either automatically or remotely. It is one of the best drones suitable for heavy-duty operations like logistics, search and rescue, forestry, infrastructure, public services, and agriculture. You can also use the VoloDrone for the construction of buildings and site planning.

The Intel Falcon 8+ is another drone that can lift and drop things. It has a payload capacity of 1.75 pounds, eight brushless motors, and works with 8-inch two-blade propellers. The maximum flight time of the Intel Falcon 8+ is 26 minutes, and it has a top speed of 35.8 mph.

The Intel Falcon 8+ weighs 6.6 pounds, and it comes with three batteries, a remote controller, 3 chargers, and a backpack. The drone's remote controller has a joystick, which lets you use single-hand flight control to fly the drone.

The DJI Inspire Pro 2 is an upgrade of the DJI Inspire 1. Its maximum speed is 58 mph, and it has a 5.2K camera that captures excellent images. This drone uses a dual battery system that increases its flight time to 27 minutes.

The Gannet Pro+ Fishing Drone is a fishing drone. However, it is also one of the drones that can drop things. It is fully waterproof and is easy to control and fly. The payload capacity of this drone is 7.7 pounds.

You can check the drone's battery percentage, its telemetry, and GPS status using the LCD that the drone has. To hover the Gannet Pro+ is easy and requires no effort at all. You can fly the drone with your line and bait attached.

Once it is above water, you use it to drop the bait into the river or sea. The remote controller of the Gannet Pro+ is both sand proof and waterproof. Hence you can fly the drone on the beach without worrying about sand jamming the remote sticks.

Unlike the Drone Sky-Hook Release & Drop Device that is designed for only DJI drones, you can use the Top Race Drone Clip with any drone to lift and drop things. All you have to do is attach the drone clip to the drone.

The Top Race Drone Clip can be used at a distance of up to 180 feet, so you can fly your drone and the item high up in the sky without disturbing anyone. To drop the items, press the release key on the transmitter, and the drone will release the clip and drop the items.

Drone Sky-Hook Release & Drop Device is another attachment designed specifically for dropping things. This attachment was created primarily for DJI drones. This drone attachment allows your drone to carry different payloads and precisely transport and drop them to your desired location.

To use the Drone Sky-Hook Release & Drop Device, you do not have to disable the VPS sensors on any of these drones, the DJI Mavic Air, Mavic 2, Mavic Air 2, Phantom 3 VPS, Mavic Pro, and Phantom 4.

Drones that lift things have many uses. In addition to moving things, they can be used by first responders to drop life-saving payloads or first-aid kits during emergencies. You can also use these drones to fish. To do this you have to attach a fishing line that the drone can drop and pull up. By looking at the possibilities and not being limited, you can use a drone for many things.