Before you start flying a drone, you must know the flying rules in the country where you are located. Having this information makes you aware and keeps you from breaking any law that might get you in trouble.

Can You Fly A Drone In Canada?

As a drone pilot, you must know if you can fly a drone in the country you are located in. In a place like Canada, flying a drone is legal, so you can fly your drone without any worries if you are in Canada.

We will look at some of the rules regulating the flight of drones in Canada. Transport Canada Civil Aviation (TCCA) is responsible for the creation of these laws and regulations.

The Transport Canada Civil Aviation (TCCA) has a list of requirements that a drone pilot must meet before flying. These requirements are:

Having all these requirements in mind allows one to fly safely and freely in Canada without worrying about breaking any rules.

Can You Fly A Drone At Night In Canada?

Flying a drone at night in Canada is allowed. Nevertheless, your drone has to have a position light that you must switch on when flying at night. Doing this allows you to see the direction you are flying to avoid crashing or any accidents at all.

When you are flying a drone at night, it must be within the visual line of sight. Flying within a visual line of sight allows you to always see your drone to know its exact position, that way, you would not be flying into prohibited areas or a crowd of people.

However, before you fly a drone at night in Canada, you must know the laws guiding drone flight during the day and at night. The Canadian government has put some laws that a drone pilot must follow before flying a drone.

Can You Fly A Drone In Toronto?

According to the last census in Canada, Toronto is said to be the largest city in Canada. As a drone pilot, you can fly a drone in Toronto, but you must follow all the Canadian Aviation Regulations.

There are specific rules of where and how you can fly a drone in Toronto. You can fly a drone near the Toronto International Airport, but you will require an advanced certification; your drone must be appropriate for flying in the controlled airspace, and the air traffic control must have authorized you.

Nevertheless, in the city of Toronto, you are not allowed to fly a drone in the busy controlled airspace or a crowd or gathering. When you want to fly a drone, you should fly in a low populated area, and the people there must be aware of your intentions.

Rules For Flying A Drone In Toronto

Some of the rules regulating the flight of drones in Toronto are.

Can A Drone Be Flown In Quebec?

When flying a drone in Quebec, you must make sure your drone does not disturb anyone or disrupt their activities, which is why it is advisable to fly your drone in a less populated location.

To fly a drone that weighs more than 250 grams in Quebec, you must register the drone and have a valid drone pilot certificate. Any other type of certificate is not allowed. It is also necessary that you do not fly in any prohibited area in Quebec, or you will be severely punished.

One of the most important laws of flying a drone in Quebec is always keeping an eye on your drone. This means that when you are flying your drone, it must always be within the visual line of sight; you must see your drone at all times during a flight. 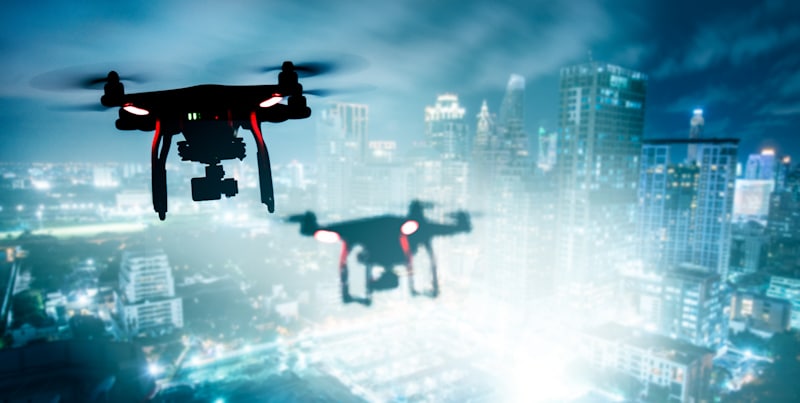 There is also a different penalty for corporations who fly drones commercially. Flying a drone commercially with an unregistered drone or flying without a drone pilot certificate in Quebec attracts a fine of five thousand dollars.

Have you ever thought of flying your drone in Niagara Falls while capturing breathtaking images, the Bear Rock Sinkhole, or any other natural tourist sites in Canada? You need to understand Canadian aviation laws; only then will you be free to fly your drone.

A trip to Canada is a fascinating experience, but flying a drone in another country and capturing impressive views and images makes the trip more exciting. Take time to read up so you can know the regulations for flying a drone in Canada.

Also read: How to Spot a Drone at Night