If you bought an ATV after having researched in depth which model was the most convenient for you and finally decided to make this important investment, you should be happy because you could now fulfill the rides you had planned with the family or if your purchase objective was to have this ATV as a resource to make your work more bearable you could now feel more relieved from the complex daily activities, however, instead of enjoying your purchase you just realized that small detail was missing, and that is that you acquired it without a title deed.

In order to register an ATV without having the title of ownership, the first thing to do is to verify the origin of the ATV and rule out any illegal origin. Once this verification has been made, the next step is to collect the documents related to the original owner and the sale of the vehicle.

When buying a second-hand or used ATV, it is almost certain that it will not be sold with a title, and the reason for this is that it was not until the mid-1980s that manufacturers began to sell ATVs with these certificates to owners. Prior to that date, there was no such thing as a title deed, however, this lack of documentation is not a guarantee to participating confidently in transactions of this type, as there have also been countless sales of stolen vehicles since that time. 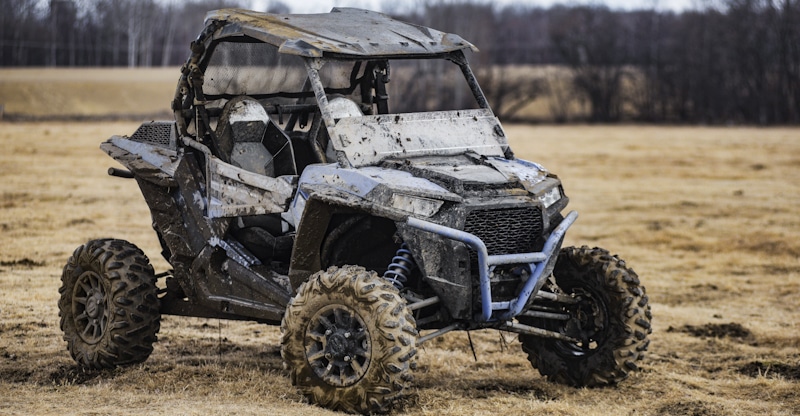 If you were to purchase an ATV today, you would encounter a number of restrictions associated with the ability to own an ATV. The first of these is centered on the possession of the ATV title. Having this document is the first and indispensable step in order to be able to move forward with the rest of the procedures required for your ATV purchase to be legal and effective. In addition to the title, the purchase of liability insurance and the registration of the ATV at the corresponding traffic institute are also mandatory.

It was in the mid-1980s when the first evidence of ATV sales with title deeds was found, however, sales with title deeds were still isolated events since most of these transactions continued to be made without any type of proof of ownership. By 1985, the new buyers of these vehicles, along with all potential customers, began to lobby for the possibility of insuring their ATVs and to do so, it was mandatory to provide the insurance companies with the ownership document that accredited them as the genuine owners of the vehicle.

This whole process led to the fact that finally, as of 1990, the sale of these all-terrain vehicles with the title of ownership was established as mandatory, in the same way as when buying a car or a motorcycle. It is pertinent to mention that in the United States each state has its own laws and policies on this issue, but what is a reality is that for more than 20 years every buyer of a new ATV has automatically and legitimately received its title of ownership.

Should I Buy An ATV Without A Title?

If you are looking to buy a used ATV it is highly likely that 99% or even 100% of the vehicles you find will not have a title. This situation can occur due to several circumstances that you should make it a point to investigate before taking the step of purchasing an ATV in this condition, it is the only way you can protect yourself from future situations that sooner rather than later can cause you a big headache.

But let's go back to the original question: would it be right to buy an ATV without a title? Eventually, you could buy an ATV without a title, but if you do it is advisable that you do it consciously, having taken the time to research all the pros and cons of this business and understanding all the consequences and implications that buying a vehicle without a title would have. Also keep in mind that there are states where this type of operation is simpler than in others since they do not require titles to make this purchase and sale or know that if the ATV model you want to buy is very old, it may not be necessary to have a title and just present the invoice of this purchase.

Why Would An ATV Not Have A Title?

The purchase of an ATV is possible even if it does not have a title, this applies to certain American states and some countries, there are even people who prefer this way to save time and a series of procedures that they consider cumbersome and unnecessary, however, even if this is your final decision it is highly recommended that you understand what are the main reasons that explain the non-existence of the title of ownership in ATVs.

The Owner Of The ATV Lost The Title Deed

As inexplicable as it may sound, this situation happens more often than one can imagine. It is likely that the owner misplaced the title and its recovery has become an unfeasible or unrealistic scenario. If this is the case, it is recommended that you ask the owner for the original invoice of that purchase and with this document, you could apply for the title of that vehicle. The important thing is not to be satisfied with the justification of the loss of the document and get the purchase invoice since this document would also demonstrate the legality and transparency of the purchase origin of the ATV used only in private properties.

It may be the case that an ATV has been acquired only to be used in a private area or land and for this reason its owner was never interested in insuring it or having its property title. In this case, the recommendation is very similar to the previous point, the owner should be asked for the original purchase invoice to demonstrate the legitimacy of the vehicle and thus begin the process to obtain the title of ownership.

An ATV Is Used Only On Private Property

It may be the case that an ATV has been acquired only to be used in private land or area and for this reason its owner has never been interested in insuring it or having its title of ownership. In this case, the recommendation is very similar to the previous point, the owner should be asked for the original purchase invoice to demonstrate the legitimacy of the vehicle and thus begin the process to obtain the title of ownership.

The first generations of ATVs were manufactured between 1980 and 1990, so it is safe to say that these vehicles have never had a title because they were so old for the time they came on the market that they never needed one. In this case, you must locate the VIN (Vehicle Identification Number) and start a legal search of this serial number to rule out any illicit activity linked to this asset, after having verified that the VIN background is without problems you must request the original purchase invoice to start the process described above.

It Is A Stolen Vehicle

This is the worst and most unfortunate scenario possible and one that any buyer interested in purchasing a used ATV should run away from. It should be clear that if you insist on this purchase you may be charged with the theft of this vehicle if you do not have a title to prove that you are the current owner. The penalty, in this case, is not only limited to losing the ATV but could also mean facing legal charges for theft even if you did nothing and do not know who originally stole it. That is why it is so important to check the VIN before taking any legal steps.

How To Register An ATV Without A Title? 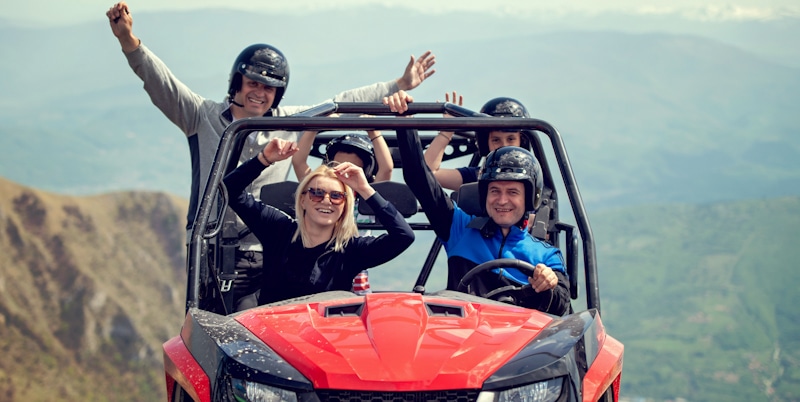 Although the laws in the United States may differ from state to state, the possession of the ATV title is indispensable in legal terms and it is the only thing that will make it possible to secure the investment made. Having the title is navigating the waters of legality, therefore you should do everything in your power to obtain this document in case you have purchased an ATV without a title. Listed below are the main requirements for obtaining this document.

Having purchased an ATV without a title is not the most advisable thing to do, but it is not the end of the world either, there are alternatives to obtain the title of ownership and thus be able to enjoy the purchased ATV with peace of mind.

Many times the lack of information is the main cause of hasty and poorly analyzed decisions. When one is inexperienced in a subject or matter it is pertinent to reinforce the study and understanding of that subject to be able to advance with solid steps but without omitting irreplaceable necessary aspects to achieve success even if it takes a little more time.

The purchase of an ATV without title consciously or not has a solution and it is not the end of the world, it is only necessary to dedicate the necessary time to do the required research and patiently gather the necessary information and apply to the legal entity so that sooner rather than later the title of the ATV can be in your hands.