Even though the White House facilitates an inside tour for the patrons, one of the world's most influential buildings is also a marvel to look at from the outside. Getting an aerial view of the entire vicinity is probably one of the things every drone pilot may want to do at least once in their life. Well, it isn't as easy as it seems. The FAA has set some areas off-limits for any sort of drone activity, and let's see if the White House has made it to the list or not. 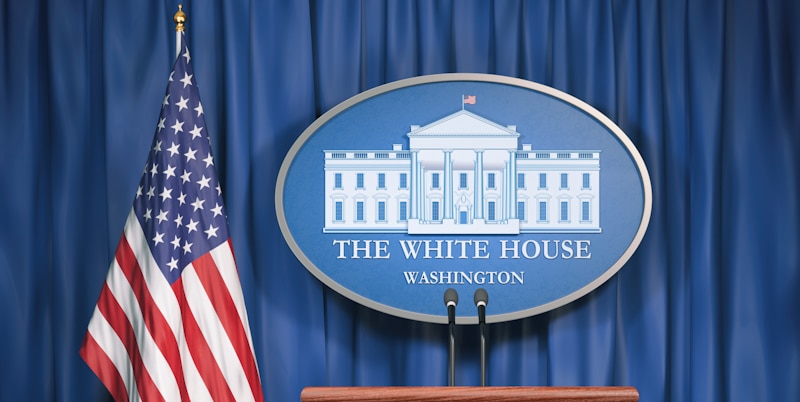 Why is the White House listed as a Restricted Area?

First and foremost, it is the White House we are talking about. Anything that crosses by the vicinity is scrutinized, and here we are talking about an unmanned aerial vehicle that does not even have a registration plate. Due to this and layers of security reasons, the Presidential Mansion is off the table when it comes to flying a drone.

Protecting and safeguarding the massive mansion is the responsibility of the Secret Service. As strict and vigilant as these guys are, it is difficult for them to protect the property if unauthorized drones can pass over the building anytime without any limitations. The security reasons corresponding to drone flying are so strict here that the entire Washington DC Area comes under a Flight Restrict Zone.

As the National Capital Region, the area is governed by Special Flight Rules Area (SFRA). According to this regulation, the 30-mile area around the Ronald Reagan Washington National Airport is off-limits for all sorts of flights and not only drones.

What are the Primary Guidelines set forth by the FAA?

The Federal Aviation Administration together dictates the norms and guidelines for flying aerial vehicles in the DC area. For effective administration and control, the SFRA is divided into two zones; a 15-mile radius and a 30-mile radius. Where the former creates the inner ring, the latter creates the outer ring.

However, you can fly a drone for recreational and non-recreational purposes in these zones, but a waiver is required. The waiver must be issued by the Transport Security Administration and authenticated by the FAA. Furthermore, the drone information has to be shared with the FBI and airport operators. The concerned authorities will scrutinize your profile, run background checks, and sift through the criminal records just to ensure that you don't have any previous records. It takes around five business days for the process to complete, after which you will receive the response that may or may not allow you to fly a drone in the restricted areas in Washington DC.

But even so, you cannot fly your drone over the White House. It is a strict no-fly zone. For other areas, the FAA has set some recommendations.

These guidelines have been implemented after the 9/11 incident. The incident that shook the world and the American administration has left a big void in the hearts of the American people. After the incident, it became imperative to set some guidelines for the aircraft and UAVs flying in and around the area.

The 9/11 incident was taken as a standard to declare Washington DC as a Flight Restricted Zone. This is one reason why the Washington DC area has more restricted flying areas than anywhere in the country. Any person found violating these rules and regulations will invite hefty fines and criminal penalties. Is flying to fulfill an urge worth getting your name registered in the criminal records book?

Has Anyone Tried Flying a Drone Over the White House?

Oh yes, there have been several cases in the past when drones have landed inside the outer gates of the Presidential Mansion. Although the noose of rules tightened after the 9/11 attack, there have been cases of aircrafts trespassing the air space of the White House before drones came into the picture.

An incident came to light in 1994, when a person flew his Cessna 150 straight into the White House to execute a suicidal plot. Drones today pose a higher risk because they can easily carry explosives and fly even into smaller areas.

In 2015, there was a new report which talked about a man who flew his quadcopter above the White House, and the UAV crashed on the lawn. It was found that the owner was flying the drone at the National Mall building, which is across the street from the White House. Even after giving several warnings and setting strict guidelines, people have continued to fly their drones over and nearby the White House.

Once while flying the drone in a restricted area, Eidinger reached Adams Morgan street, and his drone crash-landed on a building roof. Post this, he was warned by the FAA about the restrictions and that he could get prosecuted for the offense. Even though at the time he didn't know about the restrictions, he did not stop after knowing the rules.

After some time, he flew a quadcopter that landed near the White House. The drone pilot contacted the Secret Service and claimed that the drone was for recreational purposes.

In another case, a man was arrested for flying his drone and landing it near the White House at Lafayette Park. After the landing and checking through the drone, the entire area of Lafayette Park was cut off for the general public.

Also, in January 2015, a member from the White House was flying a drone from the premises. The drone crash-landed in the South Lawn around 3 AM. What is even more ironic, that the specially designed radar system installed to stop the drones from entering restricted airspace was not working at that time.

People living in the DC area find it difficult to fly a drone within the set limits. After following these incidents, the government has set the rules and lists out its nefarious use cases that can threaten the security of the most powerful person in the world.

What is Done to Further Tighten the Restrictions?

It is clear by the above reports that setting guidelines on paper and executing them are two different things. So, even after imposing fines and punishment, the people of Washington DC are not listening, which has led the government to adopt a new technology that won't allow the drones to cross the White House airspace.

The motive of implementing it is technology detecting the drone's position, and the same is updated within the application's interface as well as the manufacturer. In case a drone is flying towards the No-Fly zone, the GPS stops the drone automatically as it senses the boundary.

Other Peripherals To Help You Identify the Restricted Zones

The first source of knowing everything you want about the flight zones is the FAA. There are several ways this information is accessible. For one, you can visit the FAA website to know more about the guidelines and procedures to follow ahead. If not for this, you can also use B4UFLY that constantly reads the drone location via GPS to inform you about the restrictions.

Where a warning will be issued when the drone crosses the warning zone, the pilot is left with a warning. However, in authorization zones, the person can self-authorize your drone's identity by submitting a phone number and credit card number. Supplying this information combined with the GPS position will help the authorities track the person who trespasses or break any rules.

The White House is the prime example of rich American history, and the government is responsible for taking care of the presidential mansion. Flying a drone over the area and posing a risk to the authorities is not a smart thing to do. Instead, understand the rules of piloting a drone, especially if you live nearby by the White House.