Remember a few years ago when drones first came out? How fascinating it was to see them fly around, and then when cameras were incorporated, you were able to record your surroundings at a high distance. Well, technology does its thing again, and now you can ride drones. Yes! Drones that transport humans. Humans were able to use technology to create a bigger drone capable of transporting humans, just like in the movies. Keep reading this article to learn more about these human-size drones that you can ride.

The EHang 184 AAV (Autonomous Aerial Vehicle) is the first drone capable of carrying humans. The Chinese company, EHang, created a drone the size of a smart car that can hold a single person that weighs up to 260 pounds.

From mini drones to human-sized drones, technology and humans' ability to create great things keep surprising us. This is proof that anything is possible, that just an idea can become a reality and that the sky is not the limit. Think about all the great things that can be done with a human-size robotic aerial vehicle that is not as heavy as a helicopter. Drones that transport humans are the next step into the future, whether used for transportation or as special resources for hospitals, the military, or business utility.

The First Drone That Transports Humans

Hu Huazhi, the CEO of the Chinese company, EHang, said the first purpose of launching the first drone capable of carrying humans was to carry wealthy customers in order to build a solid customer base. However, in future projections, everyone will have access to it. The EHang 184 was first presented back on January 6th, 2016, in Las Vegas, Nevada. This large drone is the first electric autonomous aerial vehicle designed for just one person and to fly at low altitudes for short distances. The passenger is not going to be controlling the drone entirely. The drone is managed by an internal tablet located in the vehicle's cockpit, and your only job would be to select the destination. Drones that transport humans can complete the journey independently, dodge obstacles such as trees or buildings, and find a place to land securely.

The technology industry is full of competition. It was expected for other companies to build their drones with different features or even capacities. Most of these drones are still being tested, so there is no guarantee that they will soon be our next taxi model. Companies are looking to build these drones that transport humans to be more eco-friendly and be part of the transportation future and entertainment. Below you'll find a list of some drones that transport humans.

The Drone Champions League is the first operated drone created to execute aerobatics. It is a racing drone, just like racing cars, and it is used for competition. These drones are the future of entertainment. The idea of competing drones is for the winners to become real-life Drone Prix Champions. Here are the specifications provided by the company's website:

If you have €1,000,000 in your bank account and don't know what to do with it? You can purchase this drone type and be part of the exciting racing aerial vehicle world!

Workhorse SureFly is a hybrid-power vehicle developed in Ohio and had its first flight in May of 2018. This drone has two passenger seats, is the size of a pick-up truck, and uses eight contra-rotating propellers to generate lift. The market price for this drone is around $200,000.00; below are the technical details provided by Transport Up:

The Boeing Passenger Air Vehicle is designed for carrying two passengers; its first flight was on January 23rd, 2019. This aircraft shows to be three times better than a multi-copter craft. It is intended for short humans and cargo transportation. A safety pilot initially operated it, but it has the ability to work autonomously. The Boeing Passenger Air Vehicle is fully electric; therefore, it decreases noise pollution. Transport Up provides the details of this amazing drone: 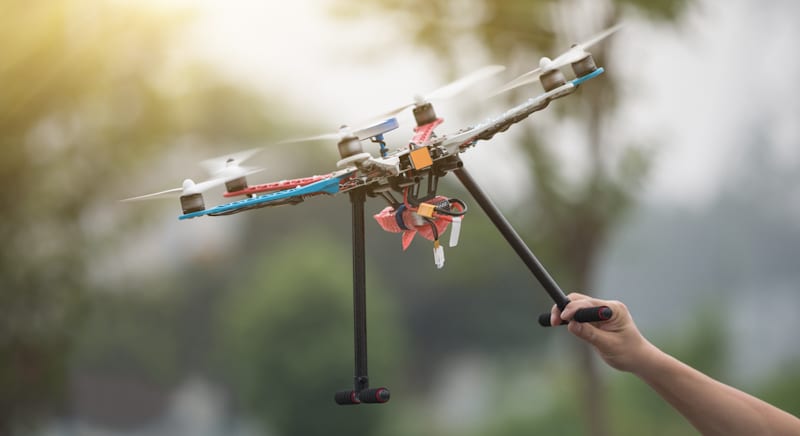 Anyone can operate the Kitty Hawk Flyer because it doesn't require you to have a pilot's license. Its initial purpose was for people's recreational flights at short distances. The Kitty Hawk Flyer drone's price has not been disclosed yet, but the rumor is that it will be a little expensive. Even though a pilot's license is not required to be flown, training is recommended for general knowledge or handling the drone. Here are the specifications for this drone:

This drone looks exactly like those in fiction movies! When it was first launched, the only title that it was given was "Passenger Drone," but now its name is "Elroy." The drone's primary purpose is passengers' comfort, and it is entirely constructed of carbon fiber. Astro Aerospace Passenger Drone "Elroy" allows passengers to fly it manually or autonomously. This drone is a multi-copter, all-electric for short-distance flights. Its testing has demonstrated that besides personal use, it can be advantageous for agriculture. On their website, you can find a link for reservations and purchase stocks in the stock market; it is not accessible for anyone to buy it because it is not certified by the FAA. Here are the technical details of this drone:

The Tactical Robotics Cormorant Drone is a compact, single-engine aircraft that allows quick access to disaster areas and the extrication of casualties. This drone is also used for special missions because it can be operated remotely. Currently, it is being used in rescue and search operations where helicopters can't reach because it is too risky or inaccessible. Here are some specifications that make this drone unique:

Currently, having access to these types of drones can be very expensive or impossible. However, we are closer to having access to them shortly after all the testing is completed, and they will become more attractive and accessible for the general public. As you can see, technology is fascinating, and these drones that transport humans will be the next step for the populations' transportation, military service, medical assistance, and disaster emergency help. Thus, before you think something is impossible, remember that drones can already transport humans.